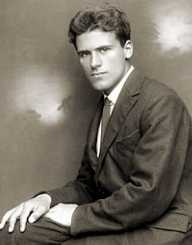 Stephen Foster is known as ‘the father of American music.’ He composed over 286 songs in a career spanning 20 years. He is known for his parlor and minstrel songs. Many schools include his songs in their musical curriculum, and they are called ‘childhood songs.’ Foster’s songs remain popular even today after 150 years.  Some of his popular songs are ‘Oh Susanna,’ ‘Camp town races,’ Old Black Joe, Old folks at home (Suwannee River) and ‘Open Thy Lattice Love.’ He was one of the first to refer to an African American woman as a ‘lady’ in his composition ‘Nelly was a lady.’

Stephen Collins Foster was born on 4 Jul 1826 in Lawrence Ville, Pittsburg. His parents were William Barclay Foster and Eliza Clayland Foster. His father was the Mayor of Allegheny City, a suburb of Pittsburg. He joined the Allegheny Academy in 1840 but soon left it to enter the Athens Academy and later the Jefferson College in Washington. He did not continue there also and left.

Stephen Foster did not receive any formal training in music but taught himself to play the flute, violin, clarinet, and piano. He absorbed music from the favorite songs sung by his sisters and from the black church services he attended with the family’s servant Olive Pise. He also listened to popular minstrel songs and the songs sung by black laborers at Pittsburg warehouse.

A German-born music dealer Henry Kleber helped Stephen Foster. He also was influenced by Dan Rice an entertainer, clown and back face singer working in a travelling circus. He wrote his first song ‘Tioga Waltz’ while attending the Athens Academy at the age of 14.

Stephen Foster moved to Cincinnati, Ohio in 1846 and worked as a bookkeeper in his brother’s steamship company. Between the years 1848 and 1849 he penned many of his successful songs Like ‘Oh Susanna’ and ‘Nelly was a lady.’

Stephen Foster gave up his job as a bookkeeper and devoted himself to writing songs. He sold the rights of two of his songs (Oh Susanna and Old Uncle Ned) to W.C. Peters a publisher in 1848. He was able to negotiate with Firth & Pond Company in 1849 to publish his songs.

Stephen Foster returned to Pennsylvania in 1850 and remained with his family. He wrote over 160 songs. He signed a contract with Christy Minstrels. Between 1850 and 1854 he wrote his songs Camp town races, Ring de banjo, Old folks at home, Nelly Bly, My old Kentucky home, Old dog Tracy and Jeanie with the light brown hair (for his wife). In 1862 he composed ‘We are coming Father Abra’am’ in response to Abraham Lincoln’s call for volunteers during the civil war.

Stephen Foster married Jane Denny Mc Dowell on 22 Jul 1850. They had a daughter Marion. His addiction to alcohol led to repeated separations and reunions.It finally led to the marriage breaking up. Frequent separations from his wife affected his creativity. He was unable to write because of his loneliness. Foster moved to New York in 1861. He sold all rights to his songs for cash.

Stephen Foster was burdened with debt, alcohol, and loneliness. He became ill and died on 13 Jan 1864. He died at the age of 37. His purse contained just 40 cents and a note. He was buried in the Allegheny Cemetery in Pittsburg. His work ‘Beautiful Dreamer’ was published after his death.

Stephen Foster is honored on The University of Pittsburg Campus with a Stephen Foster Memorial. Two state parks on the Suwannee River are named in Foster’s honor. One state park is named to honor his song “My Old Kentucky Home’.

Stephen Foster's songs and lyrics have often been changed by publishers and performed. Many films select his songs because his copyrights have expired. Many of his songs have been released as albums by other artists. Movies and Television episodes based on his story have also been made. Many memorials and statues have also been erected in his honor.