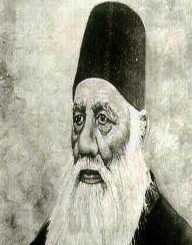 Syed Ahmad Khan was born on October 17, 1817. He was a Muslim philosopher and social activist. He was also an educator, and he founded Anglo-Mohammedan Oriental College in Aligarh, Uttar Pradesh in India. He was driven by his love for education. He was a British loyalist, and this led him to form the Muslim League.

Sir Syed Ahmad Khan was born on October 17, 1817, in Delhi, India. He was born to Mir Muttaqi who was highly regarded by the Mughal dynasty. He was born into a wealthy family with many family members. He was trained in several languages, Persian, Urdu, and Arabic. He was also taught orthodox religious subjects, mathematics, and astronomy. He began studying medicine, but he did not complete the course. He dropped out of school due to financial restraints after his father’s death. He entered into the English Civil Service. He later attended the East India Company College. He graduated from the college with a degree in law and judicial services.

In 1838, Sir Syed Ahmad Khan was appointed as a clerk at the courts of law in Agra. In 1840, he was promoted to the title of ‘Munshi.’ He was also an author who wrote religious tracts. In 1847, he published his book titled ‘Monuments of the Great.’ In 1857, there broke the Indian mutiny but he remained loyal to the British. In 1859, he published his book ‘The Causes of the Indian Revolt.’ He respected all religions. He later developed a passion for education and also realized the advantages of Western education.

In 1864, Sir Syed Ahmad Khan founded the Scientific Society of Aligarh in Aligarh. The Society disbursed funds for educational purposes held conferences and published scientific journals in Urdu and English. He published books and papers on the promotion of liberal and rational interpretations of Islamic scriptures. In 1875, he established the Muhammadan Anglo-Oriental College. The College sought to promote the scientific, social and economic development of Indian Muslims. The institution is presently known as the Aligarh Muslim University.

In 1836, Sir Syed Ahmad Khan married Parsa Begum with whom he had three children, Syed Hamid, Syed Mahmood and Amina. He devoted his life to the promotion of education as he opened so many children’s schools. He lived most of his life in Aligarh. He died on March 27, 1898, in Aligarh at the age of eighty. His burial was attended by Muslims, many of his students and some British officials.