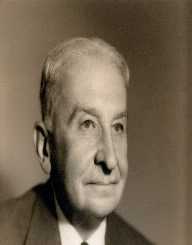 Ludwig Heinrich Edler Von Mises was an Austrian economist, philosopher, and sociologist born in the city of Lemberg, Galicia, Austria-Hungary (the place is now a part of Ukraine and is known as Lviv). His date of birth is 29th September 1881. He hailed from an affluent Jewish family. His father Arthur Edler Von Mises inherited their family business of railroad construction and financing and was working as a Construction Engineer with the Czernowitz Railway Company.

Ludwig learned to speak Polish, French, and German fluently by the age of twelve. He could read Latin and be able to understand Ukrainian. His younger brother Richard Von Mises later went on to become a famous Mathematician and a probability theorist. They relocated to Vienna during their early boyhood days.

Ludwig Von Mises began his education at the University of Vienna in 1900. Carl Menger, a famous personality in the field of Economics, was working at the institution at that time and was a significant contributor in motivating and shaping Ludwig’s educational sojourn.

Ludwig started following the lectures of an Austrian economist, Eugen von Bohm-Bawerk intensely, at the University from 1904 onwards and pursued in the same vein for many years. Both the works of Menger and Eugen was a source of great inspiration to him. He completed his education in 1906 after securing a Doctorate from the School of Law.

Ludwig’s brief stint as a civil servant in Austria’s financial administration was succeeded by his induction as a trainee in a Vienna Law Firm. His simultaneous effort in teaching and giving Lectures on Economics also gained momentum during this period. Ludwig Von Mises joined the Vienna Chamber of Commerce and Industry in the first quarter of 1909. His other notable vocations were serving the Austro-Hungarian Artillery as Front Officer and also as Chief Economic Advisor to the war department, during World War I.

Later, he went on to become The Chief Economist of the Austrian Chamber of Commerce and also Economic Advisor to some of the most influential and powerful personalities of Austria. He has major contributions in bringing about fiscal reforms in Austria. His clients include the Austrian Chancellor, Engelbert Dollfuss and Otto Von Habsburg, an Austrian politician and claimant to Austrian Throne.

In 1934, Mises was invited to join the Graduate Institute for International Studies in Geneva, Switzerland as a Professor. He left Vienna and went to Geneva for a six-year stint at the Institute.

In 1940, Ludwig Von Mises along with his newlywed wife migrated to the New York City in the United States to survive the atrocities of the German invasion of Europe. A grant from the Rockefeller Foundation helped him establish himself in the U.S. Immediately after arriving at the U.S.; he found a job with the ‘National Bureau of Economic Research.’ His next assignment was as a consultant for the ‘National Association of Manufacturers’.

In 1945 he became a visiting professor at the New York University. Although he was not a salaried employee, his association with the University continued for the next 20 years. During his tenure at the NYU, Ludwig studied currency issues for the Pan-Europa movement, and all his works were funded by Lawrence Fertig, a businessman and libertarian commentator who also happened to be one of the members of the NYU Board of Trustees. Mises was also a co-founder of the Mont Pelerin Society. At the mature age of 87, in the year 1969, he retired from teaching.

In 1927 Ludwig Von Mises published his major work, ‘Liberalismus,’ regarded as a masterpiece publication. Next came his 1949 publication, ‘Human Action: A Treatise on Economics.’ This work is considered as his Magnum Opus and translated into many other languages including Spanish, Japanese, Polish, Portuguese, Turkish, Czech and Italian due to its widespread popularity and unmatched fame.

Ludwig has to his credit many papers and theses that influenced economists all over the world. Some of these works include ‘Nation, Staat und Wirtschaft’ (1919), ‘Die Germeinwirtschaft’ (1922) and ‘Nationalökonomie’ (1940). He spoke at various seminars in and around Vienna, and well-renowned economists across the world attended his seminars.

Ludwig Von Mises was conferred the ‘Austrian Decoration for Science and Art’ by the Austrian Embassy in Washington D.C, in the year 1962.

Ludwig Von Mises married Margit Sereny, a widow and former actress, in 1938. They remained a childless couple. His demise came at the age of 92 in New York City and was entombed at Ferncliff Cemetery.

In 1982, his ardent followers, Lew Rockwell, Jr., Murray Rothbard and Burton Blumert founded a libertarian organization in Alabama and named it ‘The ‘Ludwig von Mises Institute,’

Many of Ludwig Von Mises’ papers and essential works were later collected and archived at Grove City College in Pennsylvania and also for the Special Archive for Historico-Documentary Collections, in Moscow.