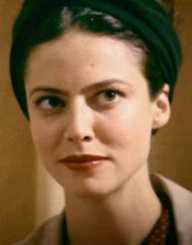 Simone de Beauvoir was a French writer and philosopher who is best known for her treatise on feminism in the book, The Second Sex.

Simone de Beauvoir was born on 9 January 1908 in Paris, France. She was the daughter of Georges de Beauvoir and Francoise née Brasseur. Beauvoir’s father worked as a legal secretary. Beauvoir had a sister, Helene. Brought up in a deeply religious household both Beauvoir and her sister were sent to a convent school. However, at age fourteen Beauvoir suffered a crisis of faith and became an atheist.

The Beauvoir suffered financially after the First World War, but Beauvoir’s father was insistent his daughters would receive only the best education. The severe financial situation coupled with her excellent education inspired Beauvoir to work towards a financially secure career and not to depend on marriage.

Simone de Beauvoir studied maths and literature and languages before studying philosophy at the Sorbonne. She received a degree in 1928 and wrote a master’s thesis. She became only the ninth woman to graduate from the Sorbonne. At age twenty one she became the youngest ever person to pass the aggregation examination in philosophy ranking second nationally to Jean-Paul Sartre.

To support herself early in her writing career Simone de Beauvoir also taught in secondary schools. In 1941 she was dismissed from her post by the occupying Nazi forces due to her teachings on pacifism and feminism. When she later returned to teaching, she would be accused of morally corrupting the youth and was again dismissed.

In 1943 Beauvoir published her first book, She Came to Stay. The book gives a fictionalised account of the romantic liaisons of Beauvoir, Sartre and two of her students. The book was quite successful and was followed by, The Blood of Others. The Blood of Others deals with the struggles of two students who join the resistance during the Second World War. In 1944 Beauvoir wrote a philosophical essay on existentialist ethics. French existentialism was a growing movement at the time and Beauvoir’s 1947 work, The Ethics of Ambiguity, is considered the most accessible of French existential texts.

In 1949, Simone de Beauvoir published her best-known work, The Second Sex. The book deals with feminism and sexuality. In it, Beauvoir describes how women through every aspect of life is a set apart as lesser than men. Beauvoir explains that women are the quintessential Other. Many commentators see the book as marking the beginning of the second wave of feminism.

A second was soon published, and in later works, Beauvoir declared socialism like all other movements had failed women, previously Beauvoir had believed socialist revolution was capable of bringing equality. The book was initially poorly translated in America and did not receive a proper academic translation until sixty years later.

Simone de Beauvoir also wrote travel diaries, in 1947 she wrote America Day by Day about a tour of America, and in 1957 she wrote The Long March about a previous visit to China with Sartre. Beauvoir enjoyed success in 1954 when her novel, The Mandarins, was awarded the Prix Goncourt, France’s premier literary honour. The book tells the story of Beauvoir and her philosopher and literary friends at the end of the Second World War. The book features intimate descriptions of Beauvoir and the group’s relationships which caused much embarrassment to some of the people depicted in the book.

Beauvoir’s later works deal with the issues of aging and the struggles all individuals face as their bodies begin to fail them. She remained a committed feminist and in the 1970s became active in the women’s liberation movement.

Simone de Beauvoir never married nor did she have children, however, her own life was marked by sordid scandals. Several past students claimed to have been seduced by Beauvoir while she worked as a professor and in 1943 she was dismissed from her teaching position due to these allegations. It has been alleged that Beauvoir and Sartre, who enjoyed physical relations throughout their lives, would often develop ménage trios with Beauvoir’s students.

Both Sartre and Beauvoir would campaign for the abolishment of age of consent laws. Sartre did propose to Beauvoir at one point, but she rejected his proposal due to her dislike of the very institution of marriage. Beauvoir had multiple male and female lovers throughout her life, and the details of these encounters have ended up in a number of her novels. Beauvoir did adopt the writer Sylvia Le Bon as her daughter and literary heir. Beauvoir died of pneumonia on 14 April 1986.