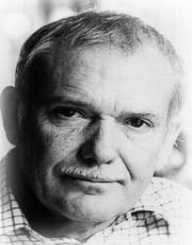 Sam Peckinpah was born on February 21, 1925. He was an American Film Writer. He was also a Screenwriter and director. He was renowned after producing ‘The Wild Bunch.’ He died at the age of Fifty-nine years.

Sam Peckinpah was born David Samuel Peckinpah on February 21, 1925, in Fresno, California. He was born to David Edward Peckinpah and Fern Louise Church. He took his studies both at a grammar school and Fresno High school. He later finished his senior year in San Rafael Military Academy.

In 1943, he enrolled in the United States Marine Corps. In 1945, he alongside his fellow battalion members went for a war task in China. He later took History classes in California State University in Fresno. After 1947, his wife Marie Selland engaged him in drama theatres. His interest in directing grew while at the California State University. He directed his first short version film ‘The Glass Menagerie.’

In 1948, Sam Peckinpah graduated from California State University. He later joined the University of Southern California. He later became a drug addict and was also diagnosed with mental illness.

Sam Peckinpah's first film to write was ‘The Glass Menagerie.’ In 1948, he acted as a director in Huntington Park Civic Theatre. He later worked at KLAC-TV as a stagehand. In 1954, he became the dialogue coach and assistant director for ‘Riot in Cell Block 11’ and ‘Private Hell 36’. In 1955, he acted as a dialogue coach for the film ‘An Annapolis Story.’

In 1956, Sam Peckinpah featured as a dialogue coach for the films ‘Invasion of the Body Snatchers’ and ‘Crime in the Streets.’ He also appeared in ‘Invasion of the Body Snatchers’ as Charlie the Meter Reader. In 1957, he wrote CBS an Episode ‘The Town’ in the series ‘Trackdown.’ He later wrote a screenplay for ‘An Authentic Death’ which was a Novel.

In 1958, for the first time, he directed ‘Broken Arrow’ as his first official directive role. He later became a scriptwriter for the film ‘Gun Smoke.’  He after that re-screen played ‘The Sharp Shooter.’ He was the creator of ‘Westerner’ which was a television series. In 1959, he wrote and as well directed ‘Trouble at Tres Cruzes.’

In 1960, Sam Peckinpah directed the films ‘Klondike’ and ‘Mr. Adams and Eve’ a CBS sitcom. In 1962, he directed his second film ‘Ride the High Country.’ In 1965, he had the privilege to direct the film ‘Major Dundee.’

He was after that given the opportunity to direct ‘The Cincinnati Kid’ a role which he didn’t complete due to differences with the contract giver. In 1966, Peckinpah got an opportunity, to script write ‘Noon Wine.’ He later wrote and redirected ‘The Diamond Story.’

In 1967, Sam Peckinpah re-formulated ‘The Wild Bunch’s’ screenplay. He later directed ‘The Ballad of Cable Hogue.’ In 1971, he went to England for a directing role in the film ‘Straw Dogs’. He after that traveled back to the United States to direct and Screen write ‘Junior Bonner.’  In 1972, he alongside McQueen wrote and directed ‘The Getaway.’

In 1973, he worked on the film ‘Pat Garret and Billy, the Kid.’ In 1974, he made his film ‘Bring Me the Head of Alfredo Garcia’ which was considered among his last films to record. In 1975, he indulged in drugs later appointing assistant directors to play his role in directing the film ‘The Killer Elite.’ In 1977, he wrote and directed ‘Cross of Iron’ which was a World War II drama.

In 1978, Sam Peckinpah directed ‘Convoy’ which turned out to be his other troubled film. In 1981, he accepted to write and direct the comedy-drama ‘Jinxed.’ In 1983, his name appeared as a director in ‘The Osterman Weekend’ despite his ill health at the moment. In early 1984, he directed and wrote ‘Valotte’ and ‘Too Late for Goodbyes’ which were video films.

In 1947, Sam Peckinpah married Marie Selland with whom he had four children. In 1960, they separated. In 1965, he married Bego?a Palacios with whom he had one child. He died on December 28, 1984, in Inglewood, California. He died of Heart failure. He died at Fifty-nine years of age.