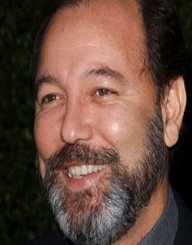 Panamanian icon Ruben Blades, a distinguished singer, songwriter, musician, actor, and a lawyer was born as Rubén Blades Bellido de Luna on July 16, 1948, in Panama City, Panama. His father Rubén Darío Blades, Sr., a Colombian born percussionist-cum-athlete, grew up in Panama. Ruben's father took up the job of a police detective in Panama City after having graduated from the Federal Bureau of Narcotics in Washington D.C. He used to play the Bongos. Ruben’s Cuban born mother Anoland Díaz was a singer, pianist and also worked as an actress on radio soap operas.

Ruben earned a law degree in 1972 from the University of Panama and also secured an LL.M in international law from the Harvard University after that. He moved to the United States along with his family when his father, a former secret police agent, was sent to exile.

Ruben Blades, influenced by the musical atmosphere of his family, started singing and playing guitar during his early years and mainly confined himself singing North American Rock and Roll genre. Later, he switched over to Latin jazz, Salsa and Afro-Cuban genres. He began writing songs with lyrics related to political activism after a while as well.

Ruben Blades' father was subsequently exiled, and therefore, the entire Blades family moved to the U.S., initially to Miami, Florida and then to the New York City. However, he visited New York before his father’s expatriation and worked in the mailroom at Fania Records. Thus, he stayed close to the recording company and was in a position to utilize any opportunity that came along. He began writing songs while working there and did his first professional recording as a singer with La Magnifica Orchestra. The record was made in 1970 by Alegre Records.

During the early 70s, Ruben joined the salsa band of Ray Barretto and also worked with another salsa musician Larry Harlow. His musical career started moving along the right path after that. He collaborated with trombonist and bandleader Willie Colón during the mid-70s and began singing and composing for Colón’s combo.

Many successful albums were created by the duo over the years including one of the most popular and best selling salsa albums of all time “Siembra” (1978). In 1982, Ruben Blades formed a new group after deserting Colón. The group, Seis del Solar, blended rock and jazz elements into the salsa music of their band and also started using vibraphones in place of the conventional trumpets and trombones. With Seis del Solar, he recorded many albums including ‘Buscando América,’ a Top Ten album in 1984.

After having reached the peak of his musical career, Ruben took a break and went to Harvard University. He earned a Master’s degree in international law from Harvard Law School in 1985. He came back pursuing his musical career with a bang when his album ‘Escenas’ won a Grammy Award for him for Best Tropical Latin performance in 1986. His first English language album ‘Nothing but the Truth’ was released next in the year 1988 featuring songs written or co-written by the rock artists such as Elvis Costello, Lou Reed, and Sting.

The lyrics of the songs of his albums gradually started to contain more and more social and political issues from this point onwards. Ruben Blades won his second Grammy Award for Best Tropical Latin Album for ‘Antecedente’ in 1989. Altogether, he won nine Grammy Awards, his latest being in 2018 for ‘Salsa Big Band’ for Best Tropical Latin Album. His other Grammy Award-winning albums are; ‘La Rosa de Los Vientos’ (1997), ‘Tiempos’ (2000), ‘Mundo’(2003), ‘Across 110th Street’ (2005), ‘Tangos’ (2015), and ‘Son de Panama’(2016).

Apart from singing and songwriting, Ruben Blades showed his talent in acting as well. He portrayed the character of a singer-turned-boxer contesting for a championship in the film ‘The Last Fight’ in 1982. The role of his opponent in the championship fight was played by one of the real-life world boxing champion Salvador Sánchez.

Ruben Blades married Lisa Lebenzon on December 13, 1986. They later got divorced. He again tied the nuptial knot with Luba Mason in 2006 and remained unseparated till date.

He took an active interest in politics of his native country Panama during the 1990s. He unsuccessfully contested for the Panamanian presidency in 1994. In 2004, he became the minister of tourism of his country.