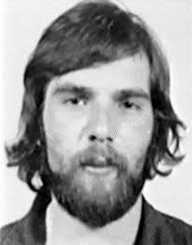 Ronald DeFeo was an American citizen infamously known for the murder of his whole family in Amityville. His story prompted a series of books and films inspired by the events of his life.

Born in Brooklyn, New York on September 26, 1951, as Ronald “Butch” De Feo Jr., he was born with a silver spoon. The DeFeo family was made up of a successful father who worked as a salesman, a wife, two younger sisters and two younger brothers with DeFeo being the eldest child.


The Volatile Man with the Deranged Mind

Their family belonged to the upper-middle class and lived with comfort and luxury, but the young Ronald DeFeo was of a troubled mind. He inherited his father’s explosive anger which he exhibited as he grew old. Aside from his family, he also lashed out on some of his friends which led the family to intervene and had him consulted with a psychiatrist. The young DeFeo denied that he was unwell and the family, in turn, led to showering him with gifts and cash in the hopes that it will help calm him down but it only took a turn for the worse.

At the age of 17, with his family turning a blind eye to his misdemeanors, DeFeo was already abusing drugs, specifically heroin and LDS, which led to his expulsion at school. Regardless of his academic background and performance, he was awarded a position in his grandfather’s dealership and even earned a weekly allowance despite his already poor performance.

The tragic end of the DeFeo family arrived in the early morning of November 13, 1974. Ronald DeFeo entered and executed his parents first, shooting them both twice as they slept and proceeded to kill his siblings soon after. The killings all took place within 15 minutes. The next day, he got rid of his bloody clothes and the murder weapon, a .35-caliber Marlin rifle, then showered and dressed for work.

Before the event, DeFeo and his father had a confrontation regarding the robbery that took place which involved $20,000 in cash. He became enraged and threatened to kill his father.

The following morning, Ronald DeFeo attempted to secure an alibi by saying that he was unable to reach anyone from home and that his father did not show up for work that day. At around 6:30 PM, that same evening, he entered Henry’s Bar in a frenzy, asking for people’s help citing that his parents were shot. He was accompanied back home with a small group of people and later called the police. When the authorities showed up, he named one of the family’s hit man, Louis Falini, as the one responsible for the killings, therefore, placing him in protective custody.

The local authorities were set on the testimony released by DeFeo but an investigation went on further, and more pieces of evidence were surfaced, the testimony along with the evidence found at the scene of the crime grew inconsistent, so did his story. A day later, he finally confessed to the crime.

Ronald DeFeo's trial launched a year after the murders on October 14, 1975, with William Weber as his defense attorney. Weber pleaded an insanity plea for his case as supported by his psychiatrist, Sr. Daniel Schwartz but it was shot down by the Dr. Harold Zolan, the case’s psychiatrist for prosecution. Zolan argued that DeFeo suffered not from insanity but from an antisocial personality disorder which the jurors agreed.

On November 21, 1975, two years after the gruesome murders, Ronald DeFeo was sentenced to six consecutive life sentences and was charged guilty of six counts of second-degree murders. He is currently serving his life term at Green Haven Correctional Facility located in Beekman, New York.