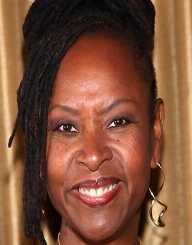 Robin Ophelia Quivers was born 8th August 1952, to Charles and Lula Quivers. She was born in Pikesville, Maryland, in the United States. Quivers has one brother, and two adopted brothers.

Quivers studied at the University of Maryland and graduated in 1974 with a degree in nursing.

Quivers’ first job was at the Maryland Shock Trauma facility, which was part of the Maryland Institute for Emergency Medical Services System.

In 1975, she enlisted in the United States Air Force and was given the rank of second lieutenant. In January 1976, Quivers began active duty. Within six months she was promoted to first lieutenant, and just over two years later, in June 1978, she had progressed to the rank of captain.

Quivers was discharged in July 1978, but she stayed a member of the U.S. Air Force Reserves until 1990.

In 1979, Quivers moved to Baltimore. She worked in a hospital, but at the same time, studied at the Broadcasting Institute of Maryland. With her new training, Quivers won a role in the radio industry as a newscaster for a station in Pennsylvania, then a similar role for another station in Harrisburg.

Quivers moved back to Baltimore and took on a reporter role at WFBR, and she also did the morning newscasts for them.

In 1981, a radio personality called Howard Stern started a morning program in Washington, D.C. Quivers auditioned and became his newscaster and then co-host. She has been with him since then, over 35 years.

In 1995, Quivers published her autobiography, Quivers: A Life. Her second book was released in 2014, called, The Vegucation of Robin: How Real Food Saved My Life.

In June 2007, Quivers became a strict vegan with her diet. She said the change in diet enabled her to lose 60 pounds and gave her much more energy.

In May 2012, Quivers announced she would be undergoing surgery to remove a tumor from her bladder. During her recuperation after the operation, Quivers continued with the radio show, working from home. Quivers didn’t return to the studio until October 2013. Quivers had stage 3 endometrial cancer but was given the all-clear after her surgery, followed by chemotherapy and radiation.

Quivers is an advocate for a program called The Girl Fund, which is run by the United Nations. The program helps to educate girls in countries that often exploit females.

She also founded the 15 Foundation, which is a non-profit organization that assists other charitable works such as Boys and Girls Club of Miami Beach, FamilyCook Productions, and others.