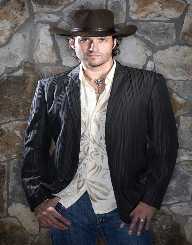 Robert Rodriguez is a filmmaker and screenwriter.

Robert Anthony Rodriguez was born on 20th June 1968 in San Antonio, Texas. His parents Cecilio and Rebecca are of Mexican descent, and Robert is the middle of ten children. Robert attended St. Anthony High School Seminary in San Antonio.

Robert Anthony always had a penchant for filming, using his family’s Super- 8 film camera to make a ‘movie’ featuring his family. For his eleventh birthday, Robert was given a video cassette recorder with a camera, and he was commissioned to videotape the school's football games.

Robert Anthony was fired as he recorded parents’ reactions and ball movement instead of the game.

Robert Anthony attended the University of Texas at Austin, going to the College of Communication, but he did not have enough credits to be accepted into the film program. It was during college years where he started his own comic Los Hooligans.

The comic was published in a school newspaper, The Daily Texan for three years.  Robert Anthony managed to get accepted into the film program by winning the local film competition, using his trilogy of short stories featuring his siblings.

Austin stories beat the top students of the film school.

Bedhead was a 16mm short comedy that was filmed by Robert Anthony in 1991, he self- funded the story. The comedy was selected for the Black Maria 20th anniversary retrospective at the Museum of Modern Arts in 2006.

Robert Anthony was encouraged by his success from Bedhead and became a human test subject for medications to fund his next film. El Mariachi was an action show that took $7000 to make and was a hit at the Sundance Film Festival.

Later Columbia Pictures did the post-production work and distributed it in the United States.

In 1995, Robert Anthony made Desperado, which was a sequel to El Mariachi, starring Antonio Banderas and Salma Hayek.

The low budget movie that helped launch the actor’s careers into stardom. After Desperado, Robert Anthony teamed up with actor Quentin Tarantino to make From Dusk Till Dawn and two sequels.

The duo and two other directors made Four Rooms in 1995, Robert Anthony quit the Director’s Guild America to make the nation- guild movie. Robert is also a member of Quentin’s production company, A Band Apart.

Spy Kids was Robert’s major Hollywood hit, first released in 2001, the movie turned into a franchise with two more sequels.

Once Upon a Time In Mexico is the third Mariachi film, released late 2003. Robert then starts production company Troublemaker Studios, formerly named as Los Hooligans Productions.

Spy Kids 2 was the first movie made using digital filmmaking technology, which he learned from George Lucas.  Robert owns a cable network, El Rey, which he produces television series for since 2013.

Since 2015, Sin City is his most great project with the biggest casting crew, with Frank Miller the author co-directing the movie.

Robert Anthony resigned from Director’s Guild of America to have Frank and Quentin Tarantino co-direct. Subsequently, he was dismissed from John Carter later in 2012.

To date, Robert Anthony produced twenty- two titles, some he not only directed and wrote but also did most of the post-production work. He is sometimes known as the one-man film crew, has his ability extends beyond filming and directing.

Spy Kids in 2001 was his first ALMA award for Outstanding Director for Motion Picture. Robert won Anthony Quinn Award for Achievement in Motion Pictures in 2013.

Robert Anthony also won all three nominations for ASCAP Film and Television Music Awards among many. Robert was awarded the Outstanding Young Texas Award in 1999.

Robert Anthony met Elizabeth Avellan in 1988, at the University of Texas at Austin in 1988. The couple married in July 1990, and the couple works together in Troublemaker Studios.

Elizabeth works as the producer, while Robert Anthony focuses on other aspects of the film. Together, Robert and Elizabeth have five children: Rocket, Racer, Rebel, Rogue, and Rhiannon. They were separated in 2006 but still have a professional relationship.

Robert Anthony was briefly dating Rose McGowan, with rumors of an engagement in 2008. The couple split up officially in 2009. In 2010, he walked Alexa Vega, who played Carmen Cortez in Spy Kids, down the aisle for her wedding to Sean Covel.