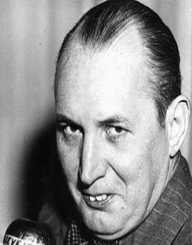 Robert Ripley was the sole owner of the Believe it or Not company. LeRoy Robert Ripley was born on the 27th December 1949. Also, Robert was a cartoonist and used to move around the world to get his work done. Apart from all that, Robert was also an entrepreneur and anthropologist. Roberts work hit the entertainment industry by a storm. Therefore, soon he appeared in newspaper columns, radio, and even television programs.

‘Believe, or Not program’ aimed to compare odd facts around the world.  His program covered almost all facts of the world and some of the times he would feature some of the reader subjects. Most of the facts that got featured in the program were strange and interesting things. So, Robert’s popularity grew fast in a short while. Also, Robert then went ahead to hire an assistant to help him with his work.

Also, he got Simon and Schuster to work on a book featuring his favorite cartoon in 1929. Later in the mid-1930s, he managed to feature his work in the radios and Televisions. By the time of his death, Ripley and earned himself a handsome amount of wealth. He passed on in the year 1949, May the 27th.

LeRoy Robert Ripley was born in the year 1890 in Santa Rosa, California. He finished receiving his early education in the year 1901 and then joins high school. During his younger days, he managed to become of the semi-pro baseball players in his school. Later, around the year 1908, Robert got to sell one of his first cartoons to Life. This was a good time and realization of how far he could go with his talents. However, things did not pick up quickly as one would imagine. So, he was forced to abandon his passion temporarily to go and help his mother in 1908.

The year 1919, saw to the holy marital union between Robert Ripley and his beautiful bride Beatrice Roberts.

Roberts work, especially the comic strip had over 80 million readers all over the world. Moreover, Robert was able to get more mail than any person at the time. Therefore, he also became very wealthy. Also, he managed to acquire multiple homes all over the States. Ripley also managed to keep a close tie to his family members despite attaining such a massive amount of wealth. In his work, he made sure that he would hire the best researchers like Norbert Pearlroth to help. Therefore, he could claim with certainty the material that he would produce to his readers.

In his life, Robert made sure that he also helped out through charities. So, during the world war II, he would go after the aid of many who needed his help at the time. Moreover, he placed aside his travel purists to be more helpful to his countrymen. Although, Robert had to travel to different parts of the world to get his primary material for his 'Believe it or Not' programs. Later after the war, he went back to work.

After that, he decided to do away with Believe or Not Radio program and start the television series instead. He shocked many of his employee who doubted whether the plan would work. Moreover, at the time many people in America did not have televisions. At the time he only did thirteen episodes of the show before he collapsed and later died in the hospital.

Robert Ripley is one of the many great Americans that left a rich heritage behind earned through hard work. Therefore, his role in the entertainment industry is one that is still lingering fondly in the memory of many people. Moreover, Ripley Entertainment is one of the company’s that is still alive and honoring his name. The company took up the role of airing the similar shows that he used to do in the early days. Also, it broadcasts a lot of other programs that are relevant to today’s world. Other legacies that Robert left includes behind, Ripley Aquarium, Ripley Believe it or Not and Museums inclusive of many others.

Robert LeRoy Ripley was on set for the shoot of one of his series when he passed out. Later the doctors would determine that Robert was unconscious. Also, Robert had been suffering from severe health issues but was determined to finish his shoot. So, as time went by, he got worse as his health kept on deteriorating. On the 27th of May, 1949, Robert succumbed to his poor health in the hospital in New York City. The doctors later determined that Roberts' heart had failed him and he had a heart attack. He was only 58 years old at the time of his death. The family took his body and buried him in his home town in Santa Rosa. His body lies in the Oddfellows Lawn Cemetery.