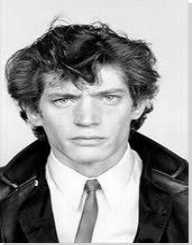 Mapplethorpe studied graphic arts at the Pratt Institute in Brooklyn, but he left school before graduating with his degree.

He moved in with his best friend, Patti Smith, in 1967. They lived together until 1972, and the pair developed their art, with Smith being the primary breadwinner to support them.

Robert Mapplethorpe started with a Polaroid camera in the late 1960s. He met art curator, Sam Wagstaff, in 1972, and the two would become companions for the rest of their lives. He changed to a Hasselblad camera during the 1970s, and his subjects were friends from the artistic scene.

Mapplethorpe was established by the 1980s, and his subjects during this period were flowers and male and female nudes. He still photographed celebrities and artists, but they were now formal portraits rather than regular photographs. Some of his subjects included Richard Gere, Grace Jones, and Joan Armatrading.

He undertook a solo exhibition tour in 1989, called, The Perfect Moment. The contents of the exhibit were brought into question for their explicit nature, and the show was eventually cancelled. He also drew a lot of criticism for his book and exhibition in 1986 called, Black Males, where it was deemed black males were being sexualized and exploited in the book.

In 1988, Mapplethorpe established the Robert Mapplethorpe Foundation, Inc. He saw the Foundation as being a protector of his estate, and that it would help with causes close to his heart. The Foundation is doing whatever Mapplethorpe intended. It continues to promote his work worldwide, and it has donated millions of dollars to AIDS and HIV research.