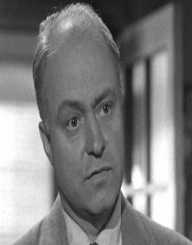 Dr. Robert M. Gates rendered service to the United States as the nation's Secretary of Defense for a number of years. His tenure ran from December of 2006 to July of 2011. Gates is famous for being the director of the Central Intelligence Agency. He has dedicated 26 years of service to the organization and was a recipient of numerous meritorious awards.

Gates has been the recipient of a number of awards for his service and active participation to the government and civic works.

He attended Wichita High School East in 1961. After graduating high school, he enrolled at College of William and Mary on a scholarship. He graduated with a bachelor's degree in European history in 1965. While he was a university student, he became the president of the national service fraternity, Alpha Phi Omega. Former US Presidents William Clinton and George H.W. Bush were also members of Alpha Phi Omega.

Gates decided to further pursue his studies by taking up a master's degree in European history. He enrolled at Indiana University Bloomington in 1966 to achieve this goal. He went even further and pursued a doctorate degree of the same course at Georgetown University.

The Beginnings Of A Reputable Man

Gates formally joined the CIA in 1966 and started as an intelligence analyst. The CIA sponsored Gates' officer training school in the United States Air Force. He was assigned as the second lieutenant. He served for three years as an intelligence officer assigned to Strategic Air Command.

He was called back to serve at the CIA in January 1980. Upon returning he worked as both a national intelligence officer on the Soviet Union and Director Stansfield Turner's executive assistant.

Gates was nominated for a directorial position in the CIA in 1991 by George H.W. Bush. This was not his first nomination though. Previous president Reagan also nominated Gates as director of CIA but later withdrew because of Gates' involvement to the Iran-Contra Scandal in 1987.

Gates was appointed as CIA's new director making him the youngest director to date. He was sworn on November 12, 1991, as the 15th director of the CIA. Gates is the only director in the CIA who rose and worked his way up from an entry level to being a high-ranking officer.

43rd US President George nominated Gates as the nation's Defense Secretary on November 8, 2006, replacing then-secretary Donald Rumsfeld. The Senate confirmed with a 95-2 vote. He was inaugurated as the 22nd Secretary of Defense on December 18, 2006.

As the nation's secretary of defense, he directed the on-going war on Iraq by increasing the troops and also the troops' withdrawal in 2008.

He continued being the nation's defense secretary as a new president, Barack Obama, was elected in office. For three years, he continued to serve as secretary of defense under Obama's administration before his resignation on June 30, 2011. He was awarded the Presidential Medal of Freedom. This is the civilian's highest award and he was presented to it by the president himself on his retirement ceremony.

Back in 1993, President Bill Clinton signed a law involving the service of the homosexuals in the military called the Don't Ask, Don't Tell (DADT) policy. This system banned military staff to be biased and harass closeted members of the Lesbian Gay Bisexual Transgender Queer (LGBTQ) community while preventing open members of the same community from military service. The reason for the implementation was to prevent the entry of people with homosexual tendencies. It was said that their presence would affect the standards of morale and discipline that serve as a vital essence to the military. Gates backed the abolishment of DADT policy under President Obama's term. The law officially ended on September 20, 2011.

He also became the talk of the town when he urged the Boy Scouts of America to lift the ban on its homosexual leaders in May 2015.

Gates has been active in line with the learning and education. He also served as a lecturer to a number of state universities.

He served at George Bush School of Government and Public Service at the Texas A&M for two years before being elected as its president in 2002. The Texas A&M University ranks as the seventh largest university in the United States. He was also given the opportunity to serve as the 24th chancellor of his alma mater, College of William and Mary.

Gates has been a regular contributor to New York-based American magazine, The New York Times. He often writes about government-related topics and foreign ideals for his works. He also has a couple of books published under his name such as Duty: Memoirs of a Secretary at War, A Passion for Leadership: Lessons on Change and Reform from Fifty Years of Public Service, and National Defense Strategy to name a few.

On September 25, 1943, Robert Michael Gates was born in Wichita, Kansas. His parents were Melville and Isabel Gates. He has been an active member of Boys Scouts of America, attaining Eagle Scout rank.

Robert Gates married his wife Rebecca on January 6, 1967. The couple has two children together: Eleanor and Bradley.