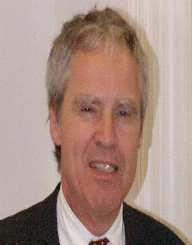 Discussion and debate were encouraged by Laughlin’s parents, as well as encouraging their children to learn more about the world. Laughlin’s interest was in science, particularly physics.

Robert B. Laughlin graduated from the University of California in 1972, with a degree in mathematics.

Shortly after graduation, he was drafted into the US Army to serve in the Vietnam War. He was discharged two years later, and returned to further his education.

In 1979, he earned his Ph.D. in Physics at the Massachusetts Institute of Technology (MIT).

When he graduated with his doctorate, Laughlin was recommended by his professor for a position at Bell Labs. Bell Labs had a reputation for being one of the elite companies in the US working on research of solid state physics.

Robert B. Laughlin worked on his research at Bell Labs for some time, but was unable to secure a permanent position. In 1981, he moved to the Lawrence Livermore National Laboratory in Livermore, California.

Meanwhile, his colleagues from Bell Labs, Horst Stormer and Daniel Tsui, had continued their research into the “Hall effect”, but puzzling questions arose out of their research for which they had no answers.

The discovery had a huge impact in the world of physics, and Robert B. Laughlin found himself being offered a number of positions from some of the best universities. He accepted an appointment as Associate Professor of Physics at Stanford University in 1985, and went on to become a full professor in 1989.

Robert B. Laughlin was then appointed the Anne T. and Robert M. Bass Professor of Physics and Applied Physics at Stanford University in 1992, a position he still holds.

He has published several books, the first in 2005.

Robert B. Laughlin is most well-known for his work and research on the quantum Hall effect. He proposed a theoretical explanation of the fractionalized charge observed during experiments.

His other well known-work, was the link he found between exact quantization and gauge invariance.

Robert B. Laughlin was rewarded for his work with the Nobel Prize in Physics awarded in 1998, along with Stormer and Tsui. The award was for their explanation of the fractional quantum Hall effect.

Robert B. Laughlin received various awards and honors, some of which include:

Robert B. Laughlin met Anita while he was at MIT. He married her, and they had two sons together. Anita is a school teacher and author.

For people not involved in the science community, major discoveries in scientific fields like physics tend to go unnoticed, yet they can change the course of history in all sorts of areas, particularly the medical industry which in turn can improve the lives of millions.