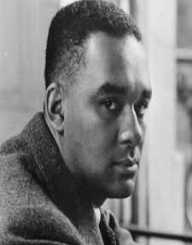 Richard Charles Boone was born On July 7, 1937. He was an African American civil rights activist. He is popularly known for his involvement in the Selma March which took place in 1965. He was a reverend as well with the Southern California Leadership Conference. He died on October 14, 2013, at the age of seventy-six.

Richard Charles Boone was born on July 7, 1937, in Calhoun in Alabama, United States of America. He went to Lab High at Alabama State Teachers’ College. When he was sixteen years old, he joined the air force.

He later obtained his GED and afterward joined the Alabama State University. At the university, he majored in political science and history. After he graduated, he joined the Phillip’s Theological Seminary in Atlanta and obtained a Master’s Degree in theology.

After he left the theological seminary, Richard C. Boone became a reverend. He later was appointed the field secretary for the Southern Christian Leadership Conference. The organization is a faith-based African American Civil Rights Organization.

In the 1960s, the Civil Rights Movement was at its peak. In 1965, Boone led eight hundred students from Alabama State University to Montgomery where they joined twenty-five thousand marchers who had marched for five days from Selma. The group later reached the Alabama State Capitol where they continued with their protests.

The African Americans protests were focused on their rights to vote. Martin Luther King Junior was the overall leader of the march. The march was all about racial injustice across the South of the United States of America. The march went a long way in the enactment and passing of the Voting Rights Act of 1965.

Richard C. Boone continued to fight for African Americans’ civil rights even after the Selma march. This he did for the rest of his life. He later founded the Alabama Action Committee, and its efforts were seen in Montgomery.

He played a crucial role in staging protests against local businesses demanding that African Americans be integrated into the workplace. In 1979, he became the United Stated chaplain in the United States Army, a post he held up to 1990.

In 1973, Richard C. Boone married Mary Gambles Boone with whom he had six children, Takiyah, Tahirah, Daoud, Richard Junior, Felicia, and Annamakeba. Richard died of cancer on October 14, 2013, at the age of seventy-six.