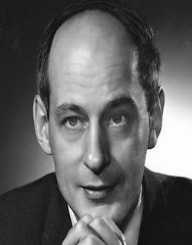 Rene Lévesque was born on August 24, 1922. He was a French reporter. He was also a minister of the Government of Quebec. He was renowned for being the first Quebec political leader to attempt the negotiation of political independence of Quebec. He died at the age of Sixty Five years old.

Rene Lévesque was born on August 24, 1922, in Campbellton, New Brunswick. He was born to Diane Lévesque and Dominic Lévesque. He was brought up alongside three siblings. He attended Saint Charles-Garnier College, Quebec City. He later joined Universite Laval to pursue Law. In 1943, he dropped out of the university without completion of his course.

Rene Lévesque started his career journey by working as an announcer as well as news Writer at the CHNC radio station, New Carlisle. In 1941, he worked at the CHRC as a substitute pronouncer. In 1943, he worked at the CBV as the substitute pronouncer. In 1945, he went and served the United States Army as the Liaison officer as well as a war correspondent until 1945.

In 1947, soon after his marriage, he worked for the Canadian Broadcasting Corporation as the French Language reporter. In 1952, he served Canadian Broadcasting Corporation as the Korean War correspondent. He later turned down a journalism work offer from the United States. In 1956, he started hosting ‘Point de Mire’ a weekly television news program on Radio-Canada which he hosted until 1959. He was covering international events and labor struggles between workers and corporations.

In 1959, Rene Lévesque later engaged in the broadcasters’ strikes which lead to his arrest. In 1960, he started his career in engagement in Politics. Later that year he was elected as a Liberal Party member to the Legislative Assembly of Quebec. In 1960, he became the Hydroelectric Resources and Public Works Minister. In 1961, he served as the Minister of Natural Resources. In 1965, he became the Family and Welfare’s Minister. In 1965, he was re-elected.

Rene Lévesque later formed the Mouvement Souverainete Association soon after he left Liberal Party. In 1973, he did not get any seat with his party. In 1976, his party won, and he gained entry as Taillon's Member in the Assembly. His party won 76 out of 110 seats. He later became the Premier of Quebec Leader. In 1980, Premier of Quebec held the Quebec referendum on its Sovereignty-association plan in which they emerged unsuccessful. In 1981, he won again with Party’s majority in the National Assembly. In 1985, he resigned from being Party Quebecois leader.

In 1947, Rene Lévesque married Louise L’Heureux with whom he had three children. In 1977, they divorced due to differences of him dating Corrine Cote. In 1979, he married Corrine Cote with whom he stayed with till he met his death. He died on November 1, 1987, of Myocardial infarction in Montreal General Hospital, Nuns’ Island, Quebec. He died at the age of Sixty five.