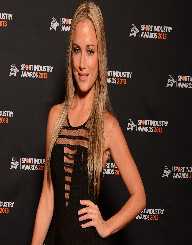 Reeva Steenkamp was the illustrious South African model that was murderedby ashotgun by her Olympian boyfriend, Oscar Pistorius. She was a dazzling beauty as at the time of her murder in South Africa at her boyfriend’s home on 2013 Valentine’s day. Having bagged her Bachelor of Laws degree, she moved to Johannesburg with the intention of pursuing her career in the fashion world. She had been into modeling for many years before she was coldly killed. As a striking blond with blue-green eyes, many magazines had featured her on their Magazine page.

Reeva Steenkamp had also helped in the advertisements of various mainstream brands in South Africa. She met her boyfriend, Oscar in 2012 but later got her most dreaded relationship on the morning of Valentine when he shot her dead. Although Oscar was jailed, a domestic violence campaigner, as well as a successful model, was lost. Her success and vibrancy were cut short tragically and abruptly.

Reeva Steenkamp was born on the 19th day of August 1983 in Cape Town to Barry Steenkamp and June. She had two older siblings being the last born of her mother. While she was a child, she moved to Port Elizabeth with her family and started a new life. She began modeling at very tender age, during her teens precisely. She enrolled in theUniversity of Port Elizabeth for her Law degrees before it became part of Nelson Mandela Metropolitan University. However, she graduated in 2005 with a Bachelor of Laws degree.

Her modeling career became as far back as when she was 15 years old. Reeva Steenkamp was discovered when she participated in a beauty competition organized by a local newspaper. One of the paper’s editor as at that time, Babara Robertson, spotted her and encouraged her into modeling. In 2004, she became one of the Weekend Post Faces of the Future Competition finalists. In 2005 as well, in the Herald Miss Port Elizabeth Contest, she got to the finals. She became a model as well as a cover girl for the FHM Magazine later in the year. Apart from this, Companies like Avon Cosmetic got her as the face of their cosmetics. She also got a contract to model for Sivana Diamonds.

Following her success in modeling, Reeva Steenkamp decided to pursue her modeling career in the more. She, however, became one of the most sought-after models as at that point. She got herself different contracts with different leading companies. In fact, she was known to have appeared in several international brands promoting their brands. Toyota, KFC, Cardinal Beer and Tiger Beer were not left out in the contract signing with this gorgeous and intelligent young lady. Unsurprisingly, Him Magazine named her twice as one of the 100 sexiest women in the world. She also got a contract to serve as an ambassador for EVOX nutrition.

In 2012, she got featured as a celebrity contestant on the BBC lifestyle show Baking Made Easy. In the same year too, Reeva was recruited in a reality show, Tropika Island in which contestants compete for 1 million rands. She was enlisted as a celebrity contestants. The show being the Season 5 was meant to air on the 16th of February, 2013.  She worked as a paralegal alongside with her modeling. As at 2011, she applied to the bar hoping to qualify as an advocate in two years to that time.

On the 14th day of February, Reeva Steenkamp was found dead at her boyfriend’s house. Her boyfriend is one of the famous Paralympic and Olympic star; Oscar Pistorius was suspected to have shot her dead. According to the police, Reeva was killed on the morning of Valentine’s Days 2013 with bullets wounds in the hip, head and one arm. When charged to court, Pistorius admitted shooting her at his home. He also claimed that the shot was not intentional that he mistook her for a burglar. He was convicted of culpable homicide and sentenced to five years imprisonment.

Reeva Steenkamp was listed as one of the 100 sexiest women in the world twice.

Reeva Steenkamp was an enthusiast as well as a very good horse rider. She, however, had an accident in her early twenties while riding the horse. She broke her back and was bedridden for months before she learned how to work again. She had a relationship with an emotional abusive fellow whom she ended her relationship with. Reeva Steenkamp also dated a Springbok Rugby player, Francois Hougaard for a brief period. Her last relationship was with Oscar Pistorius which ended in death.