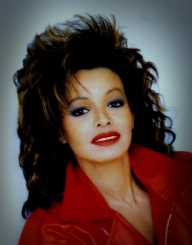 Rebbie Jackson was born on May 29th, in 1950. She is famous for being a talented American singer who is a member of the Jackson family. Rebbie took to the stage for the first time with her family members in 1974. In 1984, she partnered with her brother Michael Jackson and released “Centipede.” Soon, other albums followed which garnered her high acclaim including RU Tuff Enuff, Reaction, Yours Faithfully among others.

Maureen Reillette Jackson was born on May 29th in 1950. Her place of birth was in Gary in Indiana. She is the eldest child to Joseph Walter and Katherine Esther. She has nine other siblings who are mainly termed as Jackson’s family.

Rebbie is the eldest sister to the late pop star Michael Jackson who passed away in June 25th, 2009.

At the age of only 18 years, Rebbie Jackson made an announcement that would cause a rift in Jackson’s family. She announced that she would be betrothed to Nathaniel Brown.

Due to the love that she felt for Nathaniel, Rebbie made it clear to her family that she would be moving with Brown to Kentucky.

Her mother Katherine fully supported the idea. She had the mentality that her daughters should play a good role both as a wife and as a mother to their kids. Joseph, her father strongly contested the decision.

Her father wanted Rebbie Jackson to follow his younger brothers’ footsteps and one day become a famous singer.

Joseph had in mind that Rebbie’s marriage would act as a hindrance to her music career. Around this period, Rebbie had taken up dance, piano, and clarinet lessons.

Nonetheless, Rebbie Jackson showed no special interest in taking music as her future career. Later, Joseph saw that Rebbie was relentless with the idea of getting married and he ultimately permitted it. Regardless, he opted not to walk his daughter during her wedding ceremony.

Rebbie Jackson's music career was successful as she initially partnered with her brother Michael Jackson to release “Centipede” in 1984. This was a number 1 hit as it had several tracks which topped the Billboard Hot R&B charts.

Two years later, Rebbie worked with Tito Jackson, her brother to produce “Reaction.” One of the singles within the album that earned her high acclaim was dubbed Reaction.

It did not take time before she released her third album “R U Tuff Enuff” in 1988. In this album, Plaything topped the charts as the single R U Tuff Enuff performed averagely.

Their son was called Austin. On January 6th, 2013, tragedy struck the family as Brown lost his life.

He had been suffering from cancer and died on this date. Rebbie Jackson is also a grandmother to London Blue Salas who is from Stacee.