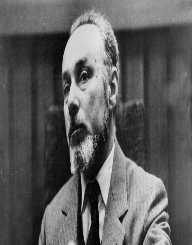 Primo Levi was born Italian on July 31, 1919, in Turin, Italy. He was a renowned chemist, short story writer, and novelist who wrote quite some books. Some of his notable works include ‘If This Is a Man’ (1947), ‘The Periodic Table’ (1975). Levi succumbed to serious injuries and fractures when he fell from the third floor of an apartment he lived in. Primo Levi died instantly after the fall which occurred in 1987 with reports suggesting that it was suicide. However other reports from friends and those who knew Levi at personal level supposed it was an accident.

Primo Levi was the eldest son of Cesare Levi and Ester Levi born in Turin, Italy on July 31, 1919. His family was of a middle-class and of a Jewish religion where Primo grew as a timid boy. Three years later, Primo Levi's sister Anna Maria was born, and in 1925 Primo joined FeliceRignon Primary School in Turin. Primo Levi, however, had a low esteem, and he was occasionally an object of ridicule and bullying. On the other hand, Primo was a bright boy despite the intimidations he went through, and reading was his passion. He was an excellent student in his academics though his school life was one that was uncomfortable. Primo was taught for a long period of time at home for he had to drop out of school due to the racial challenges he faced.

He joined the University of Turin in 1937 amidst the World War II and a time which many Jews faced persecution. They were faced out of state schools, and their studies were disrupted, but Levi was lucky to have had an exemption. Life on campus was not easy since Primo was not devoid of stigma and discrimination. Through perseverance, Primo managed to continue with his studies and graduated in 1941 with honors in Chemistry.

Primo would soon meet further discrimination and aspects of racism when he began his professional life. It was hard to find employment because of his race as a Jew. However, Primo used counterfeit certificates and disguised himself which saw him find a job as a chemist for a mining company. He also worked at a Swiss Pharmaceutical Company that was in Milan but returned to Turin in 1942 when his father died.

Primo Levi's family was also subjected to harsh levels of persecution, and they sought refuge in Northern Italy in 1943. He became a member of an Italian group which resisted the tolls of persecution. The group members were apprehended in late 1943 and Primo was sent to prison in 1944. He was taken to Auschwitz where he met harsh and unbearable conditions. His perseverance enabled his survival, and he secured a job in a rubber factory that was in the camp. Primo also began writing while in the camp where he wrote about the experiences in Auschwitz.

Marriage And The Periodic Table

Primo Levi married Lucia Morpurgo in 1947 September and together had two children Lisa and Renzo. He published ‘The Periodic Table’ in 1975 in Italy and later ‘His Moment of Reprieve’ followed in 1978 and ‘The Monkey’s Wrench’ in 1982. The Periodic Table became so popular, and by mid-1980s it had been introduced in Italian schools. It was translated and published in American edition in 1984. Levi later published what became his last work in writing known as ‘The Drowned and the Saved’ in 1986.

Primo Levi was found dead down at the stairway of the apartment he lived on April 11, 1987. The cause of his death raised divided opinions and suggestions as some said it was suicide while others accident

His works remain till date with some being used to create biographies and documentaries. Some books like ‘The Truce’ and ‘The Drowned and the Saved’ have also been used as scripts of certain films.