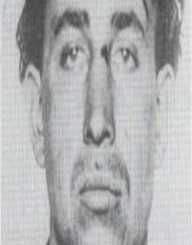 In 1968 and 1985, and Italian City, Florence wasn’t known as a great town of art but a sight of terror.  It's a puzzling mystery why “The Monster” earmarked couples at night. “II Mostro di Firenze” shot them at a shorter distance. Surgeon of Death moniker was brought to light after the said suspect killed and disfigured female reproductive organs. It has been four decades and counting, but the hideout of the accused (or accusers) still hangs in the air.

The said character (presumably male), like other notorious killers, had unusual moves that greatly surprised police officers. He targeted lovers making out on the famous Florence “lovers lane.” At a close range, he would let loose shots from his 22-caliber Beretta gun.

It is believed that he wanted to leave a mark for all to see and then wait for another fright escapade. Why? An intact striker from his famous handgun left distinctive marks on the bullet casing. After the incident, he would do the ferociously hostile act- mutilating female’s genitals. Investigations pointed out that the slaughterer used a scuba knife. First victims include young couple called Barbara Locci and Antonio Lo Bianco in 1968.

The Monster of Florence took a cautious approach whereby he took some time probably to upgrade the immoral acts. After the 1968 misery, the Monster kept mum until the end of 1974. He shot and killed Stefania Pettini and Pasquale Gentilcore.

He then cooled off, and the next case was heard in 1981. He shot the young couple known as Carmela De Nuccio and Giovanni Foggi. He still went on with his usual operation- taking Carmela’s genitals as his trophy. This time around he barbered Foggi’s throat as well. Even in 1981, he tortured Susanna Cambi and Stefano Baldi again taking it as a sacrificed ritual.

In the mid of 1982, the killer was heard again where he butchered Antonella Migliorini and Paolo Mainardi. He did the unthinkable; he drove the couple’s car to the public instead of taking the role of a surgeon. Guess he planned to get attention from the crowd and more so the watch overs.

Although he shot and killed the locals, The Monster of Florence's next target was German travelers (both males) called Jens Uwe Rusch and Wilhelm Friedrich Meyer.  The next victims were Pia Rontini and Claudio Stefanicci. The damsel’s left breast was excellently cut off plus her nether regions.

His final prey were French travelers named Nadine Mauriot and Jean Michel who tried to escape but got killed in the spree. It was believed that he wheezed death from afar. He was so determined to stab or kill his target without an escape. Jean’s girlfriend’s organs weren’t left either. This was the final murder case that got connected with “The Devil in the White City.”

It was thoroughly theorized that a gang of Italian Sards did the uncivil acts in Florence. However, we will continue to direct the case as a whole (The Monster). Why? The main suspect’s identity and whereabouts are unknown.

The harrowing story began when multiple of men were convicted. The first of all lawbreakers was Stefano Mele who confessed of killing Antonio and Locci. He was then released after his confessions went amiss with the investigations. He was behind bars for a decade after several proofs.

Another case was that of Pietro Pacciani admitting to having held 22 caliber handgun and several victims’ products. The conviction was overthrown following a trial in the 1990s. Police attempt to find the Monster of Florence fell on deaf ears. No other sneaking feeling was left for them to trace the existence of the man accused of shooting and mutilating the innocent.

Unlike other killers such as Pedro Lopez who confessed their crimes, “The Monster’s” deeds remain an unsolved case. It is one of the terrible historian acts in the White City. The case has a close connection as that of Jack the Ripper aka Leather Apron.

Probably, it’s just a bit of dumb luck that the real killer hasn’t been found yet. Yes, it’s a heartbreaking, disturbing and at times hopeful that the case will once be closed with fair justice to the victims.

To date, loads of young couple avoid the most famous “lovers lane” claiming that The Monster stills casts a shadow.