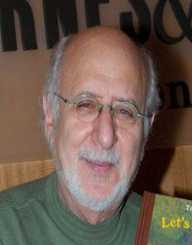 Peter Yarrow is remembered for his sound Quality and songwriting abilities. He was born in New York City on May 31, 1938. He drew his fame from his activism on anti-war movements targeting Vietnam.

He also formed a movement ‘Operation Respect' that aimed at enhancing civility and tolerance in schools.

Peter Yarrow developed a passion for music at a tender age where he played guitar and a violin. His parent divorced when he was only five. His first performance in public came during Professor Harold Thompson's American Folk Literature course, in 1950.

He was thrilled by the performance, since then Yarrow went on to lead the community during the weekend in singing.

Peter and Vera were Peter Yarrow's parents. They were both Jews. They divorced in 1943 when their son was five. On October 1969, he wedded Mary Beth McCarthy. The couple went on to have two children.

Peter Yarrow's passion for music led him to join New York City's High School of Music; he later graduated with a physics prize. Later in 1959, Yarrow enrolled in Cornell University to pursue physics but later decided to do psychology. After his graduation, he moved to New York City.

Before meeting Paul Stookey and Mary Travers, Peter Yarrow's dream was to be a psychologist. He first met Mary before Paul finally joined them to form The Catchy, a group that went on to be great in the musical scene.

They released their first album in 1962 through Warner Brothers Records. Puff the Magic Dragon was later written by Yarrow in 1963.

The trio's most famous songs include The Great Mandala, Day is Done, Light One candle, Puff, the Magic Dragon. They stuck together for ten years before going separate ways in 1970.

Despite the breakup, Peter Yarrow continued to write music. His single Torn Between was his most famous single.

The trio reunited in 1972 to support George McGovern's presidential ambition. Their most significant setback, however, came in 2009 when Travers died. Yarrow and Paul Stookey continue to perform together.

Peter Yarrow's efforts of advocating for human equality and social justice were recognized when he took homed Allard K. Lowenstein Award in 1982.

In an aim of reducing school unrest, Yarrow formed a nonprofit organization to help students learn the importance of diversity and friendly ways of solving problems without necessarily using violence.

Peter Yarrow was sentenced to a three months jail term for taking immoral and indecent liberties on a young innocent girl. However, he has since apologized for his mistake.

Peter Yarrow has admitted to being an alcoholic and is seeking treatment for the problem.