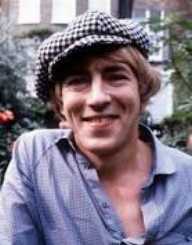 Peter Edward Cook was born on 17th November 1937, to Alexander and Ethel Cook. He was born in Torquay, Devon, in England. Cook was one of three children, with two younger sisters. His father was a civil servant, holding different positions in Nigeria, then he moved to Gibraltar as Financial Secretary. He was then transferred back to Nigeria and took up the position of Permanent Secretary.

Peter Cook studied at both Radley College and Pembroke College at Cambridge. He studied French and German with the intention of becoming a diplomat like his father.

In 1960 he was appointed President of the Footlights Club at Cambridge. He wrote and performed comedy through the Club, and had also started writing for Kenneth Williams who had a West End comedy production at the time. It was called Pieces of Eight, and Cook also wrote for the follow-up production, One Over the Eight.

Peter Cook then joined three other friends, Jonathan Miller, Dudley Moore, and Alan Bennett, and the four of them started their satirical stage production called, Beyond the Fringe. It turned out to be a huge success in London.

In 1961, Peter Cook opened his club called The Establishment. It was situated in London and gave other comedians a base from where to perform their comedy routines. Comedians such as American Lenny Bruce and Australian Barry Humphries used to perform there. Censorship rules didn’t apply, as the club was a private members venue.

The following year, Peter Cook went to New York City to perform a run of Beyond the Fringe on Broadway.

He returned to England, and in 1963 put in his own money and that of his friends to support Private Eye, a satirical magazine that had financial difficulties.

Peter Cook had also ventured into acting. He had started appearing in movies and television movies from as early as 1958, but in 1965, he teamed up with Dudley Moore, and they created the television series, Not Only… But Also. The show was top-rated and ran for 22 episodes between 1965 and 1970.

During the same period, Cook and Moore had also begun acting together in films such as The Wrong Box (1966) and Bedazzled (1967).

Unfortunately, as the 1960s drew to a close, Cook’s alcoholism became more pronounced and started affecting his work. In 1970, Cook starred in the movie, The Rise, and Rise of Michael Rimmer, but it was unsuccessful.

Peter Cook then started on the chat show circuit, proving quite popular, but couldn’t get anybody to give him his chat show. Cook put together a stage production with Moore called Behind the Fridge. They toured Australia and then began a season in New York, but more often than not,

Peter Cook appeared both on and off the stage clearly under the influence of alcohol. Despite this, the show proved very popular. In 1973, Cook returned to England. As the 1970s progressed, Cook continued to act, and also released comedy albums with Moore. Cook also took part in performances for Amnesty International with John Cleese.

In 1980, inspired by the success of Moore, he moved to Hollywood, and throughout the 1980s had regular work in the movies, television, and on stage. He continued working into the 1990s, almost up until the time of his death.

Peter Cook died on 9th January 1995 of a gastrointestinal hemorrhage.

In 1989, he married Chiew Lin Chong. Chong was a property developer, and she helped Cook in his personal life to the extent of him significantly reducing his alcohol intake, at times not drinking at all. The couple lived separately, only 100 yards away from each other.