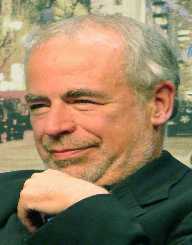 Paul Scott was born on March 25th, 1920. He was an eminent English novelist, poet, and a playwright. He earned high acclaim for his tetralogy called The Raj Quartet. Right from the beginning, he had a strong liking for becoming a poet. However, he took accountancy training. As a result, he worked with the Indian Army and the British Intelligence Department.

Paul Scott was born on March 25th, in 1920. His birthplace was in Palmers Green in London. He was the youngest son of Thomas, his father and Frances, née Mark, his mother. His father was in the commercial art business. For his early education, Scott enrolled with Winchmore Hill Collegiate School.

Moments later, he dropped out of school mainly because his father was unable to pay for his school fees. During this time, he was studying accounting. He had to switch from a working environment to studying in the evening.

In 1940, Paul Scott joined the British Army. Immediately upon his entry, he was absorbed into the Intelligence Corps. This was the beginning of an army career that would also impact his writing career as he delved mostly on army life. Three years into the army, Scot was commissioned to India. During this period, he served as an Indian Army Service Corps’ captain.

Paul Scott’s career began with the special interest that he once had in poems. In 1941, he published religious poems under the title I, Gerontius. However, he took his writing career seriously after publishing his debut novel titled Johnny Sahib in 1952. His first work was met with several objections from a number of publishers. Regardless, this work earned him moderate success.

In a bid to offer support to his family, Paul Scott worked as a literary agent. During this time, he got regular opportunities to publish. Some of his early publications were The Alien Sky -1953, A Male Child -1956, The Mark of the Warrior -1958 and The Chinese Love Pavilion – 1960.

As a playwright, he landed on an important task to write for BBC radio plays such as Lines of Communication in 1952 and later Sahibs and Memsahibs in 1958. In 1960, Scott made up his mind to focus on his writing career fully.

Most of the novels that Paul Scott authored dwelled on the personal experiences that he went through while serving in India as an army cadet. It also talked more about the edgy relationships that were present between brothers in the army. Oppression and racial discrimination were some of the subjects that he talked about in his writing.

In mid 1964, Paul Scott wrote The Jewel in the Crown. This novel would later be recognized as part of The Raj Quartet. The book was published two years later but it was met with little enthusiasm. Other novels that were featured in The Raj Quartet were published later on. They included The Day of the Scorpion – 1968, The Towers of Silence- 1971, and A Division of the Spoils – 1974.

In 1941, Paul Scott wedded Nancy Edith Avery AKA Penny. They welcomed two daughters in their married life, i.e. Sally and Carol. Rumor has it that Scott was a bisexual individual. This was documented in one of his Raj Quartet publication, The Jewel in the Crown. Scott’s marriage to Penny was also filled with fights as he was an alcoholic. This subsequently led to a divorce.

Paul Scott died on March 1st in 1978. He had been suffering from cancer. This led to his early death at the age of 57.