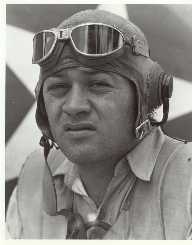 Pappy Boyington was born on December 4th, in 1912. He is famous for he was an American combat pilot. Due to his diligent services with the army during the World War II, he was bestowed with a medal of honor.

Gregory "Pappy" Boyington alias Pappy Boyington was born on December 4th, in 1912. His birthplace was in Coeur d'Alene, Idaho. At the age of six years, he flew alongside Clyde Pangborn, a notable individual for he was the first pilot to fly across the Pacific Ocean without stopping successfully.

For his high school education, Pappy Boyington joined Lincoln High School.  He graduated from the school in 1930. After this, he joined the University of Washington situated in Seattle. While studying at the university, he joined Army ROTC (Reserve Officers' Training Corps).

Pappy Boyington's military career took off while he was still pursuing his college education. As a member of Army ROTC, he went ahead and served as a cadet captain.

Boyington’s military bravery during the World War II earned him a Medal Of Honor. At this time, he served as a Marine Corps pilot.

Pappy Boyington first wife was called Helen Clark. The couple had three children together. Later, he married Frances Baker as his second wife on January 8th, in 1946. In 1959, he wedded Delores Tatum. He adopted one child in his third marriage to Delores.

Pappy Boyington passed away while sleeping on January 11th, in 1988. He was 75 years old when he died. Due to his smoking habit, he had cancer for more than two decades. This is what contributed to his death.