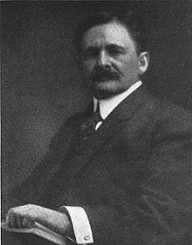 Albert Abraham Michelson was born on December 19, 1852. He was an American physicist. He was the first ever American scientist who received the Nobel Prize for Physics for his research on finding the speed of light. He is the one who created and designed the interferometer. The interferometer is a device that is used to split a beam of lights into two parts. He conducted an experiment known as the Michelson-Morley experiment with his equipment to determine the speed of light. This he did with fellow scientist Edward Williams. After the experiment, he concluded that light travelled at 299,853 km per second. He, later on, developed another device that gave him the exact speed at which light travels, that is, 299,774 km per second. As a scientist, he achieved a lot in his lifetime. He died on May 9, 1931.

Albert Abraham Michelson was born on December 19, 1852, in Strzelno in the province of Posen, Prussia. His parents were Jewish. In 1855, his parents immigrated to the United States. He grew up in California, but his family later settled in Virginia City, Nevada. Albert attended public schools where he received his education. He moved to stay with his aunt in San Francisco. He graduated high school at San Francisco. In 1869, he joined the United States Naval Academy in Annapolis, Maryland. In 1873, he graduated from the academy as a midshipman.

Albert Abraham Michelson served on a naval cruise for two years before going back to the academy. In 1875, he joined the academy as an instructor in physics and chemistry. He conducted his first experiment on the speed of light in 1877. At the time of experimenting, he was at Annapolis. In 1879, he determined that light travelled in air and vacuum at 299, 864 plus or minus 51 km per second and 299, 940 km per second respectively through an interferometer that he had created. In the same year, he was transferred to the Nautical Almanac office in Washington. This facility was a part of the United States Naval Observatory. At the facility, he worked with Simon Newcomb.

In 1880, Albert Abraham Michelson went to Europe to continue further studies on optics at the University of Berlin and the University of Heidelberg. He also studies at the College de France and the Ecole Polytechnique in Paris. In 1881, he resigned from the navy. In 1883, he became a professor in physics at the Case School of Applied Science in Cleveland, Ohio. While at the institution he came up with a better interferometer. In 1887, he conducted the Michelson-Morley experiment alongside Morley to determine the speed of light. In 1889, he became a professor at the Clark University in Worcester, Massachusetts. In 1892, he was appointed the head of the physics department at the University of Chicago.

In the 1920s Albert Abraham Michelson conducted a lot of experiments to determine the accurate speed of light. He devoted to using a baseline measurement to determine the speed of light. In 1926, so many experiments he concluded that light travelled at a speed of 299,796 plus or minus 4 km per second. The distance was controversial later on after there was a change in the baseline that he used. In 1930, he conducted another experiment with Fred Pearson and Francis Pease. They experimented Pasadena, California where they used as 1.6km long tube to measure the speed of light.