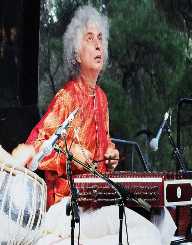 Pandit Shivkumar Sharma’s first solo album was recorded in 1960 and released by HMV. In 1967, he joined fellow musicians, Hariprasad Chaurasia (classical flutist), and Brij Bhushan Kabra (classical guitarist) to release an album called Call of the Valley. The album was extremely popular and one of the best known Indian classical music albums of all time.

Pandit Shivkumar Sharma composed music for many Hindi films. This was done in collaboration with Hariprasad Chaurasia. The pair became so well known, they were called the Shiv-Hari music duo. Some of the movies included Faasle, Chandni, and Darr.

Pandit Shivkumar Sharma experimented with the santoor from 1955 to 1965, modifying the instrument to improve its performance. The outcome was that the range coverage went to three full octaves. He also introduced a new arrangement of the notes. It is thanks to Sharma that the santoor has become as well-known and popular as it has. Between 1964 and 2007, Pandit Shivkumar Sharma released approximately 33 albums – some on his own, some in conjunction with fellow musicians like Chaurasia.

Pandit Shivkumar Sharma released his autobiography in 2002. It is titled, Journey with a Hundred Strings: My Life in Music. He also teaches the santoor to students who come from across the globe, including Australia, Japan, Germany and the United States. Obviously a generous person, Sharma doesn’t charge for tuition fees.

Pandit Shivkumar Sharma’s wife is Manorama, and they have two sons together. One of his sons, Rahul, has also been trained on the santoor and performs regularly with his father.

More People From Jammu and Kashmir