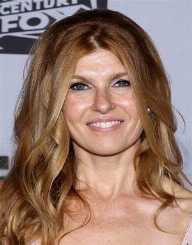 Pamela Ann Smart is a convicted murderer who is serving her jail sentence without parole. Smart was found guilty of the offence of conspiracy and murder of her husband Gregory Smart in May 1990. She was convicted in March 1991 alongside her accomplice and young lover Billy Flynn with two others Patrick Randall and Vance Lattime Jr. The conspiracy was to make the murder look like a robbery where death would be the ultimate end.

Before this ordeal, Smart was a decent and beautiful media services coordinator working at Winnacunnet High School in Hampton, New Hampshire. She also devoted her life to teaching her students in a self-esteem class as a volunteer. Smart’s conviction and story was the reason behind the film ‘To Die For’ (1995) directed by Gus Van Sant and starring Nicole Kidmann.

Pamela Smart was born Pamela Ann Wajos on August 16, 1967, in Coral Gables, Florida. Pamela grew to love heavy metal music and ultimately started her radio show known as ‘Metal Madness’ which focused on heavy metal music. Pamela met Gregory Smart in 1986 but began a relationship with him a year later. They got married in 1989 while Pamela had already secured a job as media coordinator at Winnecunnet High School in Hampton, New Hampshire.

Pamela had also volunteered to work at a project known as Self Esteem which was a drug awareness program. She met Billy Flynn who was also a volunteer at the program and began a secret affair with him. Pamela conspired with Billy Flynn to kill her husband who executed the plan with the help of his three friends. The plan was to make it look like a robbery, and it was Billy who shot Gregory Smart on the head as Patrick Randall held him still.

After the murder, Pamela Smart was arrested together with Billy and his accomplices, and the case began on March 4, 1991. After several hearings and witnesses, the trial ended on March 22, 1991, and Smart was convicted of three counts of offence. First, conspiring to commit murder, first- degree murder and interfering with witnesses.

Smart was later sentenced to life imprisonment and without parole and was transferred to Bedford Correctional Facility for Women in New York 1993. Her accomplices were also sentenced to life imprisonment to the Maine State Prison, in Maine. Pamela Smart is still serving her sentence in prison with the hope that one day she will prove her innocence despite all evidence being clear that she is guilty of the charges.