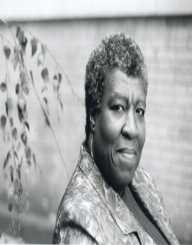 Octavia Butler was born on June 22, 1947, in Pasadena, California. She was born to Laurice and Octavia M. Butler. She, however, lost her father while she was still a baby. Octavia Butler was raised by her mother and grandmother. Her mother worked as a maid to support the family financially. She loved reading while she was still young. Her reading led to her developing an interest in science fiction classics. In 1968, she graduated with an Associate’s Degree from the Pasadena City College. In 1969, she attended The Open Door Workshop sponsored by The Screenwriters Guild of America. At the workshop, she met science fiction writer, Harlan Ellison. The following year, she attended the Clarion Science Fiction Writers Workshop where she met writer, Samuel R. Delany.

In 1993, Octavia Butler published the book ‘Parable of the Sower’ which was nominated for the Nebula Award for Best Novel. In 195, she published her collection of science fiction and horror short stories ‘Bloodchild and Other Stories’. In 1998, she published a second volume of the ‘Parable Series’ titled ‘Parable of the Talents.’ In 2005, her novel ‘Fledgling’ was published by the Seven Stories Press.

Octavia Butler had dyslexia. She died on February 24, 2006, in Lake Forest Park in Washington. The cause of her death remains unknown. She died at the age of fifty eight. In 2006, The Octavia E. Butler Memorial Scholarship was founded in her memory and honor by the Carl Brandon Society.