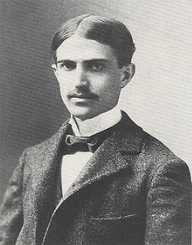 William Sydney Porter, famously known for his moniker O. Henry came to prominence as a short story writer. He was known for writing epic dialogues that caught the reader’s attention. He knew how to differentiate between the use of words and having a comical approach.

Aside from that, O. Henry was blessed with a tonal voice that gave birth to a humored environment. He loved to play several instruments including a mandolin and guitar. Before fame, Henry showcased his singing talent at Hill City Quartet group.

At some point, O. Henry was put in prison swindling the First National Bank funds in Austin, Texas where he served as a teller. As a result, he fled to Honduras before his trial. However, hell broke loose when he heard about his wife’s illness. Instead of taking care of his dearest partner, he spent time behind bars, and that’s where his passion for writing short stories began.

On 11th, September 1862 William Sydney Porter was first seen in the world in Greensboro, North Carolina. His mother was known as Mary Jane Virginia while his father was called Dr. Algernon Sidney Porter who served as a fervent physician. At the age of three, O. Henry’s mother called it quit to the world due to tuberculosis. It was here that his protective father opted to take him to his grandmother.

After a short pause of getting used to a new environment, Sydney took his son to his loving aunt called Evelina Maria. It was there that he joined an elementary school and later he graduated in 1876. Afterward, he teamed up with Lindsey Street High School. Since his early years, O. Henry loved to read as well as writing. In 1879 he commenced with his first employment at a local drugstore where he worked as a promising pharmacist.

In the mid of 1820s, O. Henry's ill health started to control his active life. But he didn’t accept defeat by any chance. It was in the process of finding a cough remedy that he traveled to Texas in 1882. Here he met Dr. James K Hall with whom he welcomed him at his son’s Richard ranch in La Salle. As he was trying to return with a vengeance from his past life, Henry took the time to study and read ancient literature. He also learnt to talk in German and Spanish.

In 1884 O. Henry moved to Austin, Texas along with Hall’s son, Richard where they were welcomed at Hall’s friend’s ranch. While still there, Henry opted to form a band called Hill City Quartet. His remarkable voice earned him trustable acclaims.

In the mid of 1887, O. Henry in partnership with Richard managed to team up with Texas General Land Office. They worked hard as draftsmen where they earned a sufficient income at the end of every month. Subsequently, Henry gave himself a chance and time to write for a wide array of newspapers and magazines.

It was while O. Henry was offering his services at Texas General Land Office that he wrote and published a variety of short stories. Some of the memorable works include Georgia Ruling and Buried Treasure. He followed it up with another compelling story called Bexar Scrip in 1894.

In 1891 O. Henry opted to resign from his previous position where he later teamed up with the First National Bank. It was there that he used to work as a teller and a bookkeeper. Little did he know that he will once come to find his whole self behind bars.

Probably life seemed to have thrashed him so hard that O. Henry opted to become a millionaire in one's days’ time. It was in the same process that he was charged with defrauding and theft. Though he wasn’t put behind bars, he quit his job.

Before the latter of his service, O. Henry had already founded a comic newspaper called The Rolling Stone. The magazine acted as his path away since he used to pen down political views, sketches and satires. To his shock, it was announced that he had sold over 2000 copies of The Rolling Stone. But hell broke loose when the company lost its ways hence finding adequate income was like a miracle to them.

After some time, O. Henry moved to Houston where he started to work as a reporter, columnist, and cartoonist at Houston Post. At the end of every month, he earned a salary of $25. It wasn’t a doubt that he inspired lots of people with his writings.

It was before his trial that O. Henry opted to flee to nearby countries. He first went to New Orleans then to Honduras in 1896. He then went to stay in a Peru hotel for a while. It was here that he eased up his mind by writing vital works such as Cabbages and King. The following year, he gave himself up to the law after receiving the sad news about his wife’s ill health. Prison became his second home for five years.

On 25th, March 1898 O. Henry was taken to Ohio Penitentiary where he was given a vital role in the prison drug department. In short, he worked as a part-time druggist. He was also given a chance to write his works where he managed to publish 14 of his books. Some were released with different monikers.

Eventually, his works spread overseas all thanks to his short collections of stories such as McClure’s Magazine, Whistling Dick’s Christmas among others. With a subtle soul and envied trait, Henry was released. On 24th, July 1901 he teamed up with his eleven-year daughter in Pennsylvania.

After a short pause of settling down, O. Henry went to live in NY where he turned as a remarkable and envied writer. He wrote and published over 400 short stories where they were read at New York World Sunday Magazine. Some of his works include The Four Million, The Gentle Grafter, Whirligigs and Roads of Destiny.

On 1st, July 1887 O. Henry tied a nuptial knot with Athol Estes. Unfortunately, Athol breathed her last in 1897 due to tuberculosis. The union had a daughter called Margaret. In 1907 he refreshed his love with Sarah Lindsey Coleman, who was known as a notable writer and his childhood girlfriend. However, the couple parted ways in 1909.

On 5th, June 1910 O. Henry breathed his last due to health complications. He was interred at Asheville, North Carolina. In his honor, the classic courthouse was named after him. Not to mention in 1962 The Soviet Postal Service issued a stamp under his name.