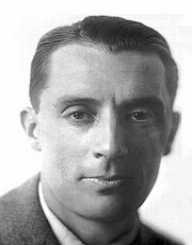 Norman Haworth was born on March 19, 1883, in Chorley, Lancashire, England. His father was Thomas Haworth.

Norman Haworth began working when he was still a teenager. His father was the manager of the Ryland’s linoleum factory. It was here that Norman Haworth had his first job. It was while at this job that he became interested in dyes and other aspects of chemistry. It was around this time that he knew he wanted to become a chemist when he grew up.

As a young adult, Norman Haworth enrolled in the University of Manchester in 1903. He only needed to attend the school for three years before he graduated with the equivalent of a bachelor’s degree. He returned to school four years later, at the same university, to continue his studies. He graduated with a master’s degree in 1910. He then earned his D.Sc in 1911. He took a long break from school but later enrolled in the University of Gottingen. There, he earned his Ph.D.

After earning his master’s degree, he began to work at the Imperial College in London. He only held this post for a year before moving to Scotland to lecture at St. Andrews University. While teaching here, he also worked on his private research. He learned how to make Methyl Ethers in a new way. This process was later named after him, called Haworth’s Methylation.

During World War I, Norman Haworth stayed at St. Andrews University, but he was still able to contribute to the war effort. He had started a laboratory at the university. Here, he made medicine and other chemicals for the British government.

After the war, Norman Haworth moved again, beginning work at the Armstrong College of Durham University in 1920. There, he taught chemistry. He was quickly promoted, and the next year he was a professor, head of the department [of chemistry], and director [of chemistry] all at one. He worked here until the mid-1920’s.

He moved again in 1925, settling down and teaching at the University of Birmingham. Here, he was not only a professor but also the director of the chemistry department. While teaching at this school, he had access to books and other materials he needed to continue his research. He worked this time with vitamin C instead of with sugars. He was even the one who came up with the name for vitamin C, as no one had known the structure of the vitamin until then. He stayed at this school until he retired in 1948.

Haworth’s numerous achievements in science earned him several awards. Some of his most prestigious awards and accomplishments are listed below.

In 1937, he won the Nobel Prize in Chemistry (with Paul Karrer).

In 1944 he became the president of the Chemical Society. He stayed at this post until 1946.

He became the vice president of the Royal society in 1947. He held this post until 1948.

Queen Elizabeth II knighted Haworth in 1947 for his accomplishments in the field of chemistry.

For his work in chemistry, he earned several honorary degrees from various universities around the world, including the University of Belfast, Manchester, and Zurich.

Throughout his years as a teacher and researcher, he published various scientific papers. He also published one book, the Constitution of Sugars, which was a textbook. Much of the information in this book is still useful to this day.

Norman Haworth married Violet Chilton Dobbie in 1922. The couple had two children together. The couple was married until Haworth’s death.

Norman Haworth suffered a heart attack and died on March 16, 1950. He was 67 years old when he passed away.