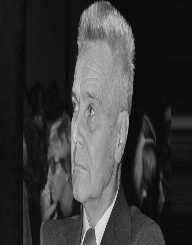 Nikolaas Tinbergen was born 15th April 1907, to Dirk and Jeanette Tinbergen. He was born in The Hague, Netherlands, and had four siblings. Nikolaas Tinbergen's father was a teacher of history, and also of the Dutch language. He grew up in an intellectual environment, which can be seen by the fact that one of his brothers was a noted biologist, and another of his brothers won the first Bank of Sweden Prize in Economic Sciences in Memory of Alfred Nobel in 1969.

Nikolaas Tinbergen began work after high school, at the Vogelwarte Rossitten Bird Observatory. Although he had no initial plans to do further study, Nikolaas Tinbergen was greatly influenced by the founder of the bird observatory, and he took up the study of biology at Leiden University. He was awarded his Ph.D. in 1932.

After graduation, Nikolaas Tinbergen joined the Netherlands’ expedition for International Polar Year in 1932-1933. He took his wife with him and went to live with the Eskimos for several months, studying various aspects of biological behavior.

When he returned to the Netherlands, Nikolaas Tinbergen was offered a teaching position at Leiden University, which he accepted. He taught comparative anatomy and created an undergraduate course in animal behavior. His research at this time was on the behavior of insects and birds, including the homing of beewolves.

In 1936, Nikolaas Tinbergen connected with Austrian ethologist, Konrad Lorenz. The two hit it off straight away. Ethology was a new and emerging field at the time, and Tinbergen and Lorenz began creating a theoretical framework for students to study the subject.

Their work was interrupted during World War II. Nikolaas Tinbergen was captured as a prisoner of war and spent two unpleasant years in a German POW camp. Nikolaas Tinbergen’s relationship with Lorenz became strained after the war, primarily due to the treatment he had received at the hands of the Nazis. The two did reconcile some years later. After the war, he spent time in the United States lecturing on animal behavior, after which time he moved to England, where he settled and taught at the University of Oxford.

Nikolaas Tinbergen released his book, The Study of Instinct, in 1951. The book related how certain behaviors develop in some animal species over a period of time or evolution. The book has been acknowledged by behavioral ecologists and biologists as having a significant impact in the field.

In 1966, Nikolaas Tinbergen took up an appointment as Professor and Fellow of Wolfson College at Oxford. He spent the last years of his career studying autism in children and authored several children’s books.

Nikolaas Tinbergen became known for four questions that he asked when looking at animal behavior. They covered areas such as causation, development, adaptation, and evolution. They were quite specific questions, which Nikolaas Tinbergen believed should always be asked.

He released several notable works on animal behavior and also had others publish books about him.

When he won the Nobel Prize in 1973 with Konrad Lorenz and Karl von Frisch, it was in relation to their work on individual and social behavior patterns – their origins, maturation and the elicitation of same by key stimuli.

Nikolaas Tinbergen received numerous awards and honors, some of which include: