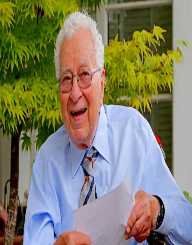 Murray Gell-Mann was born on September 15, 1929, in Manhattan, New York City. His parents were Jewish immigrants from the Austro-Hungarian Empire, Pauline, and Arthur Isidore. His father was an English as a Second Language teacher.

Gell-Mann was interested in nature and mathematics since he was still a boy. His interest led him to become an excellent student, and he graduated valedictorian from the Columbia Grammar & Preparatory School. Afterward, he went on to study at Yale. When Gell-Mann was 15 years old, he became the member of Jonathan Edwards College. During his time at Yale, Gell-Mann participated in the William Lowell Putnam Mathematical Competition and represented his university. With his help, the Yale team won the second prize in 1947. In 1948, Gell-Mann graduated from Yale with a Bachelor’s degree in physics. He then continued his academic education at the Massachusetts Institute of Technology and graduated in 1951.

During the 1950s, Gell-Mann worked on research of cosmic ray particles called kaons and hyperons. His research in the field led him to propose a theory on strangeness. He also formed the Gell-Mann-Okubo formula, which initially was based on empirical results, but later managed to explain his quark model. In 1958, Gell-Mann, and his team of researchers discovered the chiral structures of the weak interaction in physics.

In 1961, Gell-Mann collaborated with Kazuhiko Nishijima and introduced the classification for hadrons, calling it the Eightfold Way. In 1964, he postulated the existence of quarks, particles that composed the hadrons. At the same time, George Zweig was also independently working on the topic and named the particles “aces,” but Gell-Mann’s name caught on. Gell-Mann was awarded the Nobel Prize in physics in 1969 for his contribution to the classification of elementary particles and their interactions.

In 1972, Gell-Mann and his co-worker Harald Fritzsch came up with the theory of conserved quantum number color charge and coined the term quantum chromodynamics and the gauge theory of strong interaction. Gell-Mann has served as a professor at several institutions. He currently holds the position of Robert Andrews Millikan Professor of Theoretical Physics Emeritus at California Institute of Technology and the Physics and Astronomy Department of the University of New Mexico. He is also the Presidential Professor of Physics and Medicine at the University of Southern California.

In 1951, Gell-Mann became a fellow at the Institute for Advanced Study. Between 1952 and 1953, he was a visiting professor at the University of Illinois. In 1954, he became the visiting professor at Columbia University and Associate professor at the University of Chicago. In 1955, he moved to California Institute of Technology where he was the professor of physics until his retirement in 1993. Gell-Mann has published a famous science book about his research topics, named The Quark and the Jaguar: Adventures in the Simple and the Complex. He is also featured in the biography by George Johnson, named Strange Beauty: Murray Gell-Mann, and the Revolution in 20th Century Physics.

Murray Gell-Mann first got married in 1955 to J.Margaret Dow. They had two children together- Elizabeth Sarah and Nicholas Webster. Margaret died in 1981. In 1992, Gell-Mann married Marcia Southwick.

His hobbies include bird watching, antique collecting, ranching, archeology and natural history. He is the Humanist Laureate in the International Academy of Humanism.