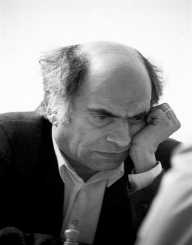 Mikhail Nikolaevich Tal was born in Riga, Latvia in 1940. As a child, he was taught to play chess by his father.

He also worked as a chess journalist and author. Two of his books on chess remain favorites with chess fans: the autobiographical Life and Games of Mikhail Tal (1960) and Match for the World Championships (1970).

Mikhail Tal was famous for his speed and attacking style of chess.

Starting around 1961, Mikhail Tal was plagued by ill health that interfered with his professional chess career. He died in 1992 of renal failure.