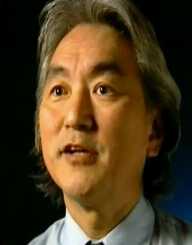 In His Quest for a Single Unifying Theory: Michio Kaku

Internationally acclaimed theoretical physicist Michio Kaku was born on January 24, 1947, in San Jose, California, United States of America. He has a Japanese-Tibetan ancestry. His grandfather came to America in search of work during the aftermath of the devastating earthquake in San Francisco in 1906. He found work in the massive cleanup operations of the rubbles caused due to the earthquake and eventually settled in America.

Michio Kaku’s father was born in California. However, during the World War II, he was interned in barbed wire fenced detention camp called Tule Lake War Relocation Center for four years. During his detention in the camp, he met Michio Kaku’s mother there, also a Japanese-American. They eventually tied the nuptial knot inside the detention camp, and Kaku’s older brother was even born in the same camp.

Michio Kaku attended the Cubberley High School in Palo Alto. He became fascinated with science from an early age and manufactured a particle accelerator in his parent’s garage as part of a science fair project. He participated at the National Science Fair in Albuquerque, New Mexico, where physicist Edward Teller noticed him. Teller, regarded as the ‘Father of the Hydrogen Bomb,’ took Kaku under his tutelage and helped him receive the Hertz Engineering Scholarship. Kaku enrolled himself at the Harvard University and graduated from there in 1968 securing Numero Uno position from the science stream. He joined the Berkeley Radiation Laboratory at the University of California, Berkeley, for his Ph.D. and received the same in 1972.

Michio Kaku was appointed as a lecturer at Princeton University during the last year of his Ph.D. However, around the same time, he was drafted by the Army given the raging Vietnam War in Southeast Asia. He was imparted basic training at Fort Benning, Georgia and also underwent advanced infantry training at Fort Lewis, Washington. The Vietnam War ended on April 30, 1975, right before he was about to be deployed as an infantryman.

After the end of Vietnam War, Michio Kaku joined the City College of New York initially as a research scientist. He relentlessly worked on research on quantum mechanics and tried to find out a single unifying theory which can unite the four fundamental forces of nature into a single unified theory of everything improvising the earlier findings of the Nobel Laureate scientist Albert Einstein on the same subject. Later on, he started teaching at the City College of New York and is presently holding the Henry Semat Chair and Professorship in theoretical physics at The City College of The City University of New York (CUNY). He is associated with the prestigious Institute for the last 25 years.

The most important contribution of Michio Kaku is his String Field Theory, an offshoot of String Theory. He co-founded the said theory. Apart from his String Field Theory, he has written more than 70 scientific articles as part of his work and research program. He has also authored several popular science books. His first book ‘Hyperspace’ was published in 1994. The book was one of the best-selling science books of the year and also became the New York Times bestseller. He co-authored ‘Beyond Einstein’ along with Jennifer Thompson. The book was published in 1995. In 1998, he published one of his much-acclaimed science books, “Visions: How Science Will Revolutionize the 21st Century”.

From 2004 to 2015, Michio Kaku published some of his major publications in the field of science including ‘Einstein’s Cosmos’, ‘Parallel Worlds’ (both published in 2004), ‘Physics of the Impossible’ (2008), ‘Physics of the Future’ (2011) and ‘The Future of the Mind’ (2015). Some of his valuable scientific articles published in Physics journals include his ‘Physical Review.’ His articles bore a genuine testimony of his expertise in the fields of science such as hadronic physics, supergravity, superstring theory, supersymmetry, etc.

Michio Kaku is a well known and popular figure on radio and television. He is a regular face on television channels like Discovery, BBC, ABC, Science Channel and History Channel appearing regularly in different science-related programs. He is also a regular contributor of the News Channels like Fox News, CBS, CBSN, CNN, CNBC, etc. He made guest appearances on almost all popular talk shows aired in the United States including the likes of ‘The Colbert Report,’ ‘The Tonight Show,’ ‘The Daily Show,’ ‘The Late Show,’ ‘Conan’ etc.

Michio Kaku is a featured columnist for top science publications such as Wall Street Journal, Popular Mechanics, WIRED, New Scientist, Newsweek, Cosmos, Discover, Vanity Fair, Variety and many others. He anchored and participated in many radio programs and hosted the radio programs ‘Science Fantastic’ and "Explorations in Science with Dr. Michio Kaku.” He is also seen in different television commercials of the brands like Samsung, Turbotax, Coca-Cola, and Toyota. His profile is exhibited in the award-winning documentary film, "Me & Isaac Newton" directed by Michael Apted.

Michio Kaku is married to Shizue Kaku and is a father of their two daughters, Alyson and Michelle. They live in the New York City.

Kaku is regarded as ‘The Popularizer of Science’ for his expertise in communicating complex scientific theory to the ordinary people in an easy to understand language. He is revered world over as a Physics Outreach Specialist.