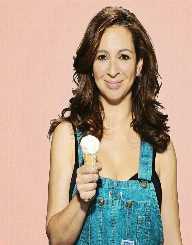 Maya Rudolph was born on July 27th, 1972 in Gainesville, Florida. She is the daughter of the soul celebrated singer and songwriter Minnie Riperton. Being born under her mother’s famous umbrella, she was quickly consumed into music while she was still young. She, however, switched to her film career where she became famous after featuring in NBC TV series Saturday Night Live. She was one of the major cast from 2000 to 2007. Her film career has been a success with movies such as 50 First Dates-2004, Grown Ups-2010, andBig Hero 6- 2014.

Maya Rudolph was born in 1972 in Gainesville, Florida. She was born in the music scene as her father, Richard Rudolph was a music producer and her mother a Minnie Riperton, a singer and a songwriter. Rudolph’s brother is called Marc. Tragedy hit Rudolph’s family when she was only seven years old. Her mother passed away after suffering from Cancer.

After her mother’s death, Rudolph first appeared in local theatres where she tried out her musical talent. During her teens, she went to St. Augustine by the Sea School after which she enrolled at the University of California for her higher education. She graduated from the university in 1995 with a degree in photography.

Her first acting arena was with the Groundlings. This gave her a platform in the film industry before she ventured into other projects. The good thing is that this foundation gave her the opportunity of landing small film roles during the late 90s. In 1997, Rudolph featured in As Good as It Gets and in Gattacaduring the same year. Similarly, she landed a recurring role around the same time while playing in the TV series Chicago Hope -1996 to 1997.

Soon, in 1999, Maya Rudolph was spotted by the producer of Saturday Night Live during one of her performances with the Groundlings. A few months later, she auditioned and qualified to cast in the TV series. Initially, she began as a featured performer before landing a full-cast role in 2001. Her promotion was attributed to her inimitable acting prowess which she blended with her musical talent. This gave the show and uplift.

Her success in the film was given a boost after landing a major role in SNL. In 2000, Rudolph featured in Chuck and Buck and the Duets film that took a musical form. Other film projects that followed suit included her famous role in City of Angels-2000 which was a TV show and later on in 50 First Dates-2004. She played alongside Adam Sandler in the movie 50 First Dates.

Shortly after featuring in the 2004 film, Rudolph took her maternity break in 2005 which later resulted in her first daughter Pearl Minnie. She had been romantically involved with Paul Thomas Anderson, a director.

After the birth of her first child, Maya Rudolph was back acting and landed an important role in Idiocracy-2006. During the same time, she continued with her role in Saturday Night Live. In 2007, she lent her voice to the animated film Shrek the Third. This was the period when her role at SNL came to an end.

After her first daughter in 2005 with Paul Thomas Anderson, the couple had other three children together, Lucille, Jackson Wright, and Minnie Ida.