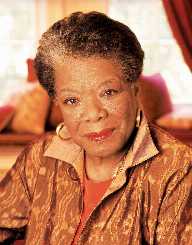 Maya Angelou is mostly known for her six autobiographies. Her conversational, compelling and expressive narratives presented her growth as an African-American woman. In the 20th century, she was fully supported by Barack Obama and other political collectives. Maya specifically majored in motherhood, living in a racist society as well the strength of Black women. She was a real historian that represented the African-American people in the best way. This made her achieve incredible success as well as winning international honors. Throughout her life, Maya loved to speak the truth through writing and not gossip. She reflected different political and social themes in her bountiful poems. In 1992 she wrote her first narrative ‘Just Give Me a Cool Drink ‘Fore I Diiie’ that garnered her Pulitzer recognition.

On April 4, 1928, Marguerite Annie Johnson was born in St.Loius, Missouri, the United States to Vivian, nurse, and Bailey, who was a dietician. Maya spent her days and time playing with her elder brother, Bailey Jr. Both lived in harmony with their parents till they separated when Maya was three years of age. Bailey and Maya went to live with their grandmother, Annie Henderson at Arkansas town of Stomps. Annie had enough to feed the two, thanks for being a business owner of one of the grocery store.

Around 1930s Bailey, their father took both to St.Loius. Maya and Vivian were left in good hands of their mother, Vivian. Little did Angelou know that she would face several challenges with Vivian’s new partner, Freeman. She was sexually mistreated and abused. Being then the angel and a little girl at that time, she opted to tell her elder brother who in turn he said to the rest of the family members. Luckily Freeman was arrested but only for a day. After several days he was murdered by the unknown. Though there wasn’t any blame or a witness, the case was closed. According to speculations, it was finalized that Maya’s uncle opted to take the law in his hands.

Maya was traumatized by the situation that she became mute for five good years. It was later found out that she took Freeman’s death as her blame. Bailey and Maya were then taken to their grandma place in Stomp. Life was good for the little girl till Mrs. Bertha Flowers mistreated her. In her teenage life, Bailey and Angelou went to live with their mother in Oakland. It was by miracle that she managed to pursue her studied after several challenges. She went to California Labor School. Later on, she began to work as a taxi driver. This was taken as a miracle for her to become the first black American woman to get that kind of job.

Around 1950 Maya Angelou learned different things all at once. She was full of life and energy that made her travel from one place to the next. This encouraged her to learn dancing as well as meeting with prominent personnels such as Alvin Ailey and Ruth Beckford. She once teamed up with her friend Alvin and managed to form an ‘Al and Rita’ dance group. She later went to New York where she trained in the watch of an African dance tutor, Pearl Primus. Afterward, Maya went back to San Francisco. Maya managed to earn through her dancing moves. She was nicknamed as Rita, and later on, opted to call herself Maya Angelou. In 1951 Maya met with the love of her life Tosh Angelo who was a former sailor but also an aspiring musician. According to her mother; Vivian, Maya indulged in an interracial commitment. Her mother used to disapprove her right from the start not to marry any other tribe. But Angelou went against her mother’s wish. She always believed that all people are equal.

In two executive years, Maya released her first album called ‘Miss Calypso.' She also made a film titled ‘Calypso Heat Wave. She managed to write and perform her songs without any help.

Early in 1959, Angelou was introducing to a well-known author of the 20th century, John Oliver Killen. He had a profound portfolio as the best writer of all. Maya became a member of ‘Harlem Writers Guild’ along with other writers such as Julian Mayfield, Rosa Guy, and John Henrik. After one year, Maya had a chance to meet with Martin Luther King Jr. who inspired her as an aspiring author. She met the Human Rights Activist at a musical day named as ‘Cabaret for Freedom.' The aim of the program was to help and support the SCLC-Southern Christian Leadership Conference. Around 1965 Maya went to Ghana where she worked as an editor at ‘The African Review’ as well as The University of Ghana. She later started acting at the National Theatre. Then on, Angelou went to New York and opted to settle on her writing career.

Maya started to write her very first autobiography in 1969 named as ‘I Know Why the Caged Bird Sing.' The thoughts and narration that she used explained her childhood experiences. The book brought Maya to light and became a star. She followed it up with another autobiography. She was once recognized as being the first black woman to write her script in 1972.In 1974 Maya published her second book ‘Gather Together in My Name.' All ages loved the book and of, course it received positive critics. After two years she wrote her third biography. From the 1970s to 80s Angelou managed to publish her two autobiographies. She later landed a lecturing job at Wake Forest University.

Early in 1993 Maya received an invitation from the President Bill Clinton secretary to come and read her inspirational poem. This happened during a swearing congregation. She became the second poet to receive the recognition. In 1995 she went to recite her next poem ‘A Brave and Startling Truth’ at the Golden Jubilee Celebrations. Besides being a poet and a historian dancer, Maya was also an activist. She was majorly seen in several presidential campaigns such as the Barack Obama and Hilary Clinton. She was also appointed by Martin Luther King, Jr as an intellectual advisor. In remembrance of her mother; Vivian challenges, Maya took an opportunity and wrote ‘Mom and Me and Mom’ to remember her mom.

Maya became a mother by the age of seventeen to Clyde just after completing her high school studies. Tosh Angelo, her husband left her for utmost three years. Around 1960s Maya coupled with Vusumzi Make. The relationship lasted for a short time. She later got married to Paul du Feu, a carpenter but they then parted after eight years. Sadly, on 28, May 2014 Maya Angelou died. The funeral service was held at the ‘Mount Zion Baptist Church.' Prominent people such as Michelle Obama, Bill Clinton, and Oprah Winfrey attended the service.