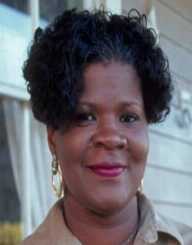 Martha Hawkins was born on June 30, 1947. She is an African American author and chef. She is the founder of Martha’s Place Restaurant situated in Montgomery in Alabama, United States of America. Martha dropped out of high school when she was sixteen years old.

Martha Hawkins was born on June 30, 1947, in Montgomery in Alabama, United States of America. She was born to Willie and Sallie. She was raised alongside eleven siblings. Martha was a tomboy growing up. She developed an interest in cooking be seeing her mother cook for her large family. Her mother cooked nicely, and she was known by family and friends as a good cook.

At the age of twelve, Martha learned how to cook. She attended Booker T. Washington High School. At the age of sixteen, she dropped out of school because she was pregnant.

Martha Hawkins did not enjoy her life as a teenager before she got pregnant twice in her teen years. She was faced with a lot of challenges having to provide for and take care of her children. After she dropped out of school, she got married. The marriage, however, ended in divorce after her husband cheated on her. She started living carelessly after that to the extent of having three more children out of wedlock.

Martha later got fired from her job in a glass company. She was then evicted from her rental house together with her children due to failure to pay bills. In the 1970s, she went through a series of sicknesses that had her spend most of her time in hospitals.

She had her kidney removed at that time. Martha later on contemplated suicide by overdosing on prescription medicine. However, her son rescued her by taking her to the hospital on time. Life took a toll on her that living meant nothing to her.

An admit to a psychiatric facility was the only option left for Martha. At the facility, she got in touch with her Christian faith. After her discharge from the facility, she completed her GED. She later enrolled for counseling classes.

Martha Hawkins became a changed person and aimed at providing a better life for her and her family. She took out a loan and furnished an old house to use it as a restaurant. She got assistance from the community in renovating the house. In 1988, she established Martha’s Place Restaurant which is in business to date.