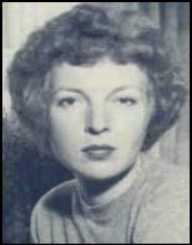 Born on November 8, 1908, Martha Gellhorn was an American journalist, novelist and travel writer. During her 60 years career in journalism, she was considered the greatest worth correspondent of her time. Martha Gellhorn reported on almost all major world wars in the 20th century. As a novelist, Martha Gellhorn released works like What Mad Pursuit, 1934, The Trouble I’ve Seen 1936, A Stricken Field, 1940 and The Wine of Astonishment in 1948 among several others.

After her death in 1998, Martha Gellhorn was honored in diverse ways including being discussed in an episode of the World Media series, Extraordinary Women in 2011. The series was aired on BBC and PBC in the United States.  The United States Postal Service honouredGellhorn alongside other 20th-century journalists with a postal stamp issued on April 22, 2008. Martha Gellhorn is being named after the Martha Gellhorn Prize for Journalism.

Martha Gellhorn was born on November 8, 1908, in St Louis, Missouri to Edna Fischel Gellhorn and George Gellhorn. Her father was a German-borngynaecologistand his mother a suffragist. She had two other siblings Walter Gellhorn who was a law professor at Columbia University and Alfred Gellhorn who was an oncologist and became a dean of the UniversityOf Pennsylvania School of Medicine. Martha Gellhorn was educated at the John Burroughs School in St Louis where she graduated in 1926. She then enrolled at the Bryn Mawr College in Philadelphia but dropped out to pursue a career in journalism in 1927.

After dropping out of school, Martha Gellhorn traveled to France in 1930 after resolving to become a foreign correspondent. In France, she worked with the United Press bureau in Paris for two years. While practicing journalism, she also ventured into writing by joining the pacifist movement. Her first book was What Mad Pursuit in 1934 in which she highlighted experiences. Upon her return to the United States, Martha Gellhorn worked as a field investigator for the Federal Emergency Relief Administration (FERA) after being hired by Harry Hopkins. President Franklin D. Roosevelt established the FERA to help in the war against the Great Depression. Martha Gellhorn was charged to report on the effects of the Depression on the country by traveling around the country.

Her first destination was Gastonia, North Carolina to document the situation. Martha Gellhorn in discharging her duties worked with a photographer, Dorothea Lange to record the daily lives of the homeless and hungry during the depression. Their report made the two contributors to American history as the government included the reports in the final official files of the Great Depression. Gellhorn documented what she saw in her book, The Trouble I’ve Seen in 1936.

In 1936, Martha Gellhorn met Hemingway who became her first husband during a trip to Kay West, Florida. Gellhorn who was at the time hired by Collier’s Weekly agreed to travel with Hemingway for a report on the Spanish Civil War. After the war, she moved to Germany to report on the assuming powers of Adolf Hitler and later moved to Czechoslovakia in 1938. During the World War II, Martha Gellhorn reported from England, Burma, Finland, Singapore and Hong Kong. She became the only woman to land at Normandy on D-Day by hiding in a hospital ship bathroom and faking to be a stretcher bearer when it landed. This was because she did not have the official press id to witness the landing. Her quest to report on every singular activity of war had no bounds. After the Dachau concentration camp was liberated by the Allied Troops, Gellhorn became one of the first journalists to report the incident.

After the World War II, Martha Gellhorn worked with the Atlantic Monthly. Between the 1960 and 1970s, she covered the Vietnam War and the Arab-Israel war. Though Martha Gellhorn was ageing and naturally things may turn down, she continued to work as a war correspondent. She covered the Central American civil war and the United States invasion of Panama in 1989. Martha Gellhorn began to have a problem with her sight and underwent a cataract surgery, which was unsuccessful. She retired from journalism in the 1990s after her last report in Brazil to report on the poverty situation in that country in 1995.

She also had series of relationships with the likes of an American businessman, Laurance Rockefeller, 1945, William Walton, a journalist in 194 and doctor David Gurewitsch, 1950. She later married a former managing director of the Times Magazine, T.S Matthews in 1954 and moved to London. The two divorced in 1963.

She adopted a child from an Italian orphanage called Sandy in 1949 but did not have a close relationship with the boy due to the nature of her work. Sandy was mostly in the care of her relatives in Eaglewood, New Jersey. Gellhorn died on February 15, 1998, by committing suicide with the swallow of a cyanide capsule. He had previously endured several health conditions, including ovarian cancer and being almost blind.