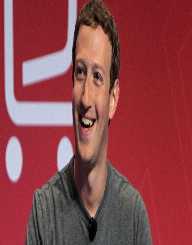 Mark Zuckerberg was born on May 14, 1984, in White Plains, New York, USA. His parents are Edward Zuckerberg and Karen Kempner. He also has three sisters named Randi, Donna, and Arielle.

The Zuckerbergs were an average family. Mark’s parents were a dentist and psychiatrist. As a boy, Mark loved to play video games. When he was in middle school, his father taught him basic programming skills for the video game system, Atari. From there on, Mark continued to learn more and more complicated programming techniques.

Mark Zuckerberg attended the Ardsley High School near his hometown. Later, he transferred to the Phillips Exeter Academy, which is in New Hampshire. It was at the Academy that Mark became the well-rounded person that he is today. He learned about math, science, and art. He never forgot about the love of technology that his father instilled in him.

After he graduated from the Academy, he enrolled in the Mercy College to study software programming. While at the school, he made several programs, including the little-known ZuckNet and Synapse Media Player.

Mark Zuckerberg is known for later attending Harvard University. Here, he studied both computer science and psychology. It is there where he met the co-founders of Facebook (Chris Hughes, Eduardo Saverin, Dustin Moskovitz, and Andrew McCollum), and where the famous website was first made.

While studying at Harvard, Mark Zuckerberg and his friends worked on several social media websites before beginning work on Facebook: CourseMatch and Facemash. Facebook was launched in 2004 when Mark Zuckerberg was only 20 years old.

However, things didn’t run smoothly at first. Mark Zuckerberg was accused of stealing the idea for the website and was brought to court for it. He later settled out of court, giving each of the people involved (Divya Narendra, Cameron Winklevoss, and Tyler Winklevoss) $300 million each. Soon afterward, Zuckerberg dropped out of Harvard to focus on his website.

In 2005, Accel Partners invested in Facebook and helped to expand it. This expansion would help other apps, like games, be put on Facebook. That same year, Mark Zuckerberg added Beacon and Connect programs to Facebook. Up until that point (2005), Facebook had mainly been for use for Harvard students.

Afterward, it opened doors to other colleges and universities, including Yale and Stanford. From there onwards, Mark Zuckerberg opened doors to more universities, high schools, and office jobs. In 2006, Facebook finally became open to everyone who was 13 years old or older. In 2013, Zuckerberg was officially named the CEO of the website, and he continues in this job to this day. Today, over a billion people use the website each day.

Soon after dropping out of Harvard, Mark Zuckerberg (and his friends) put out a program called Hirehog, which was for file sharing.

Mark Zuckerberg also donates to some different charities, including the schools and hospitals all over the world. He has vowed to give 99% of his (and his wife’s) Facebook shares, as well as at least 50% of his net worth (over $30 billion) to charities within their lifetimes.

Mark Zuckerberg married his longtime girlfriend, Priscilla Chan, in 2012. Chan works closely with her husband in many of Facebook’s inner workings. The couple also donates to charity together. The couple welcomed a daughter, Max, in 2015.

A film based on Mark Zuckerberg’s creation of Facebook was made in 2010. The film was called, The Social Network. In the movie, he was played by Jesse Eisenberg. This film was based on the book, The Accidental Billionaires, which was written by Ben Mezrich in 2009. However, Mark Zuckerberg objects many of the details in the movie.