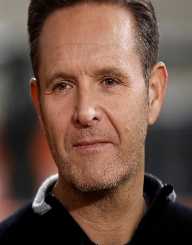 Television producer, executive producer, and author Mark Burnett was born on the 17th July 1960 in London, England to Archie and Jean Burnett. As a child, he loved American television. His father Archie work for a motor company doing mostly night shifts, and the family lived in East London.

After high school, he became a member of the British Army, joining a parachute regiment. He did two active tours of duty. One in Northern Ireland and the other during the Falklands war between Argentina and Great Britain.

In 1982, Mark Burnett left the Army and immigrated to the United States. He settled in California where he worked at various jobs before breaking into television. He worked as a nanny, an insurance salesman and also sold t-shirts at Venice Beach.

Mark Burnett went on a French adventure competition in 1991, and it gave him the idea to develop a similar programme in North America. The French competition was entitled Raid Gauloises.

He bought the rights to Raid Gauloises and ran three competitions, making a profit before he developed the concept into a television show called Eco-Challenge. The shows included Eco-Challenge British Columbia (1996), Morocco (1998) Australia (1998) and Argentina (2000).

Mark Burnett’s big success came with Survivor (2000). It was a huge success with very high ratings. Entertainment Weekly rated Survivor as the number reality show of all time. Mark Burnett said in an interview with Business Insider Australia that the idea of Survivor had its root in his involvement in the Falkland War. He had traveled with thousands of Argentine prisoners as they were being repatriated to Uruguay on a transport ship.

His next big show was The Apprentice which started on NBC in 2004. The show starred Donald Trump as contestants competed for a job. It was another huge success. Mark Burnett has gone on to be the executive producer of many successful shows including The Voice, The People’s Choice Awards, Shark Tank, Lucha Underground, Vikings, Teen Wolf, Condor, The Handmaid’s Tale and Get Shorty.

Mark Burnett has also been the executive producer of faith-based shows including The Bible and A.D, The Bible Continues and Son of God.

He was appointed the president of the MGM Television and Digital Group in 2015.

Mark Burnett has won numerous awards including a Producers Guild of America Lifetime Achievement Award in Television in 2010, TV Guide Magazine’s Producer of the Year in 2013 and an award from The Dove Foundation for Son of God (2013).

In 2014 he was on Time Magazine’s Time 100: 100 Most Influential People in the World Today. Earlier awards included a Sports Emmy Award in 1999 for Best Program Achievement for Eco-Challenge Morocco. A British Academy Television Award for Best Reality & Constructed Factual for The Young Apprentice in 2012, and in 2013 the Parents Television Council awarded The Bible, their Seal of Approval. He has also won ten Emmy awards, five Producers Guild-American awards and seven Critics Choice Television Awards.

Mark Burnett was married to Dianne Valentine between 1991 and 2003. They have two sons. He married Roma Downey in 2007.