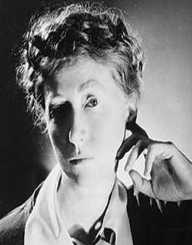 One of the best writers of the world, Marianne Moore was regarded for her poetic style which also earned her prestigious awards like Pulitzer Prize and National Book award for her works. Marianne Moore had a very successful career for writing and presenting various poems. Besides being a poet, she was also a regarded critic, translator and an editor as well. She had her unique style varying from being formally innovative to having very precise diction, irony, and wit.

Marianne Craig Moore was born on the 15th of November in the year 1887 in the city of St. Louis, Missouri. As a child, she did not have a very happy childhood as her father left the family and never returned to the family. Her skills and talent for writing poems started at a very early age only and began to grow as the time passed. Her poetic writings as a child mainly revolved around themes like strength and adversity.

Later on in her life, she was admitted to Bryn Mawr College in the year 1905, and she also graduated with a degree in B.A. having majored in history, economics, and political science after four years. She later even taught students at the U.S Indian School in Carlisle, Pennsylvania.

Her first book was published in the year 1921, by Hilda Doolittle and Ellerman by the name of “Bryher” in London without her consent. Her second book was published with the name “Observations” and this collection exhibited her conciseness and the ability to create juxtaposed images which lead to unerringly to a conclusion which was surprising and inevitable.

This collection contained some of the best works throughout Marianne Moore’s life including works like “To a steam roller,” “The Fish,” “When I buy Pictures” and many more. She was also a firm believer of the fact that a poet should and has the power to present the imaginary gardens with some real toads in them.

By the year 1925, Marianne Moore had gained all the fame which she received throughout her career which also led to her being the acting editor of the Dial as one of the most influential personalities in the history of American literature. She remained at the post until she voluntarily retired in the year 1929. She had a great collection of poems which had several themes and later published in the year 1951.

When talking about the personal traits that pushed her towards success was that Marianne Moore was a disciplined craftsman and because of the same she had won the admiration of many fellow poets which lasted throughout her career which was long enough. She was not only appreciated by the audience but by the critics as well who also called her by one of the few producers who were durable with the poetry at that time.