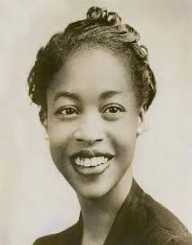 Margaret Walker was one of the most celebrated American poet and writer. She was born on July 7, 1915, in Birmingham, Alabama U.S. Much of her literary works focused on the experiences of the African-American race. Walker highlighted these experiences from the times of slavery to the introduction of civil rights in America. The poem “For My People” (1942) and the best-selling novel ‘Jubilee’ (1966) are some of her notable literary works. She was married to Firnist Alexander and had four children. Walker died at the age of 83 on November 30, 1998, in Chicago, Illinois of breast cancer.

Margaret Walker was born Margaret Abigail Walker on July 7, 1915, in Birmingham, Alabama. She was the daughter of reverend Sigismund C. Walker and music teacher Marion Dozier Walker. Her source of inspiration was her parents who from an early age encouraged her to read a lot of poetry and also study philosophy.

Walker attended school at New Orleans where her family had relocated to in 1925. She went to Gilbert Academy and later on joined New Orleans University where she studied for two years. She then moved to Chicago to seek further training and enrolled at Northwestern University Chicago. She completed her studies and graduated with a Bachelor of Arts degree in English in 1935.

In 1936, Margaret Walker got her first job with the Federal Writers’ Project in Chicago headed by President Franklin D. Roosevelt. She worked under the Works Progress Administration and became a member of South Side Writers Group. During her tenure, she met other authors like Richard Wright, Theodore Ward, Arna Bontemps, Frank Marshall Davis, and Fenton Johnson.

Walker went back to school in 1939 and graduated from the University of Iowa with a Masters’ Degree in Creative Writing in 1942. Later in 1965, she attained her Ph.D. from the same University.

Margaret Walker began her career as a professor of literature at the currently known as Jackson State University in 1949 and worked till 1979. She also founded the Margaret Walker Centre as it is presently known in 1968. The purpose of the institute was for the study of life, history, and culture of the native black race. She began serving as the director of the founded institute in 1976 until she retired.

Margaret Walker published her first volume of poems ‘For My People’ in 1942 which availed her much recognition and success. It was this piece of work that earned her the Yale Younger Poets Award. Later in 1966, Walker’s second publication and only novel ‘Jubilee’ enhanced her fame even more. During a time of slavery and infringed civil rights, this novel was an exposition of the life of her great grandmother’s life and the fight of the black people.

Margaret Walker also earned a number of honors including ‘a Rosenwald Fellowship’ (1944). ‘a Ford Fellowship’ (1953), ‘a Fullbright Fellowship to Norway’ (1971), ‘a senior fellowship from the National Endowment for the Humanities’ (1972).

Margaret Walker got married to Firnist Alexander in 1943, and together they had four children and lived in Jackson, Mississippi.

Margaret Walker died on November 30, 1998, in Chicago, Illinois of breast cancer. In 2014, Walker was inducted into The Chicago Literary Hall of Fame. She is also celebrated as a historian who wrote about the black people race through her literature.