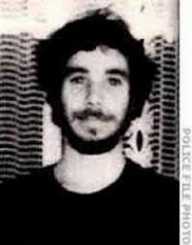 Marc Lepine was a Canadian murderer who killed 14 people.

Gamil Rodrigue Liass Gharbi was born in the city of Montreal, Quebec, Canada, on October 26, 1964. His father was Rachid Liass Gharbi, an Algerian salesman. His mother was Monique Lepine, a Canadian nurse.

He had a younger sister named Nadia. Rachid was an aggressive man and abused his wife and children. He believed that women were supposed to serve men, so he forced his wife to obey all his wishes. In 1971, Monique left him and took the children. She had to work to support them, so the children often had to stay with other families.

In school, many of Gmail's classmates teased him for being Arabic. Because of that, he decided to legally change his name to Marc Lepine. He still found it difficult to fit in with his peers. He only had one friend and was shy around girls.

His sister constantly mocked him, so he often imagined killing her. His mother made him join the Big Brother organization, which provided mentors to teenagers. However, after a while, the leaders of the organization suspected that Lepine’s mentor had molested him. At the age of 17, he tried to join the military but got rejected for being antisocial.

In 1982, Lepine joined a preparatory college in the Saint-Laurent borough. His professors described him as a quiet student, while his classmates thought he was quite weird and immature. During this time, he took a part-time job at a hospital. He was eventually fired for being aggressive and disobeying his superiors.

During this time, he wanted to find a girlfriend but women rejected him because he was aggressive. He spoke out against feminists and women who wanted to have careers. In 1989, he applied to the Polytechnical School of Montreal but got rejected because he hadn’t completed all the required courses. He complained that women were taking jobs and education from men.

Marc Lepine entered the Polytechnical School on December 6, 1989. He entered a classroom, separated the men and the women, told the men to leave, and started shooting the women. He then walked through the corridor and the cafeteria and kept shooting. He killed 14 women and injured 10 women and four men before killing himself.

The massacre gained great attention in the Canadian media. Many psychiatrists believed that Lepine suffered from a narcissistic personality disorder, attachment disorder, and psychosis. They also claimed that the abuse he had endured during his childhood probably caused these problems.

Many government officials considered this an act of violence against women and a crime against women. In November 1990, a Canadian newspaper published his suicide letter. In the letter, he blamed feminists for ruining his life and claimed that women wanted to take men’s opportunities. In 1991, the Canadian parliament marked December 6 as the National Day of Remembrance and Action on Violence Against Women.

Adam Kelly portrayed Lepine in the drama The Anorak. Maxim Gaudette portrayed him in the film Polytechnique.