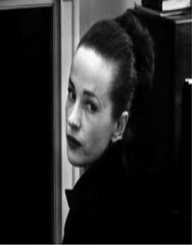 Maeve Brennan was born on January 6, 1917, in Dublin, Ireland. She was an Irish journalist and short story writer. She became one of Ireland’s most excellent and is remembered for her contribution to Irish writing. Her works were published years later even after her sudden disappearance and tragic end.

She indulged into drug abuse and heavy alcohol intake which led to mental illness. She desperately wandered the streets of New York in search of inner peace. Brennan’s afterlife was characterized by poverty and homelessness which finally landed her in a New York hospital. She died in 1993 in New York.

Maeve Brennan was born to Robert Brennan and Unna Brennan who were actively involved in the Irish political struggles. She was born in Dublin, Ireland on January 6, 1917, and grew up in Ranelagh one of Dublin’s suburbs. Her mother was occasionally imprisoned while her dad was always on the run and also detained in 1917 and 1920.

Her father was director of The Irish Press newspaper at that time and also served for the anti-Treaty Irish Republican Army as director of publicity. Brennan’s father never witnessed her birth because he was in prison and much of her childhood years were disintegrated. At one particular time at the age of five, the Free State forces raided their home in pursuit of her dad who was a fugitive.

In 1934, Maeve Brennan's family relocated to Washington D.C. when her dad became the first Irish ambassador to the United States. At seventeen years, she went to Sisters of Providence Catholic School in Washington, Immaculata Seminary and completed in 1936. She attended the American University and graduated in 1938 with a bachelor’s degree in English. Her father returned to Ireland in 1944 accompanied by her brother and mother. She, however, remained in the United States with her sisters.

In 1940, Maeve Brennan was employed at Harper Bazaar working as a copywriter and wrote several articles for the The New Yorker Magazine. The New Yorker managing editor William Shawn gave her a job as staff writer where she worked for more than three decades. Her contribution to the New Yorker was marked with admiration in the United States. Her first work was titled ‘The Long-Winded Lady’ which captured New York Life. She also ventured into articles on fashion, fiction criticism and wrote essays as well. Her focus for writing was based on issues within the United States and Ireland.

She began writing short stories which the New Yorker started publishing in 1950. ‘The Holy Terror’ was her first which gained her fame in the United States. However, her works were not as famous in Ireland as in the United States in as much as she was Irish. She had written a lot about Dublin the place of her birth.

Maeve Brennan was described as one of the elegant women of her time who embraced trendy fashion designs. Her sleek looks in her adornments were a manifestation that she was a spender. She was also benevolent and helped those around her and within her means. She was known for her costly black dresses and dark sunglasses and her extravagant use of money. She was first engaged to theatric director Walter Kerr who dumped her and married another person. She was later married to St. Clair McKelway in 1954 but separated five years later due to McKelway irresponsible character.

Brennan began losing herself and became vulnerable due to her indulgence in alcohol. She showed signs of mental instability and wandered the streets of New York being desperate, lonely and homeless. She was in and out of the hospital in New York for a couple of times rendering her unstable. She was later taken to Lawrence Nursing Home in Arverne where she was retained due to her condition. On November 1, 1993, she died of a heart attack aged seventy six years. Her grave is in Queens, New York where she was buried.