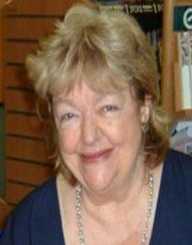 Maeve Binchy was an Irish author. She wrote novels including Light a Penny Candle and Circle of Friends.

Maeve Binchy was born on May 28, 1939, in Dublin, Ireland. Her father was an attorney, and her mother was a nurse. Binchy had a younger brother and sister.

Maeve Binchy attended University College in Dublin. She graduated with a Bachelor of Arts degree in history in 1960.

Maeve Binchy had some jobs after college. She taught at girls' schools in the subjects of history and Latin. Before the end of the 1960s, she turned to journalism and found work as a news reporter.

In 1978, Maeve Binchy made her first literary publication was a short story on the female struggles. She would publish many short stories after that.  However, her first novel was in 1982 titled Light a Penny Candle. After that in 1985, she released her next book Echos. Her 1990 book Circle of Friends was adapted for film starring Minnie Driver and Chris O'Donnell.

Binchy continued writing novels that attracted the interests of book clubs and movie makers. Tara Road made it onto Oprah Winfrey's Book Club list in 1999. She wrote until her death. Her novel A Week in Winter was published in 2012.

Maeve Binchy's novels wrote books about Irish culture in small-town settings, friendships among women, and the female struggle. Overall she published 16 novels that were translated into 37 languages and sold more than 40 million copies around the world.

Maeve Binchy married Gordon Snell in 1977. They lived together in Ireland until her death on July 30, 2012, after a short illness.