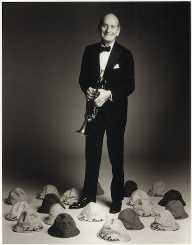 He studied at South Philadelphia High School, but he dropped out when he was 15.

Lanin left school to perform with his brothers, Howard and Sam.

In 1927, he began to lead bands that played at private parties. Wealthy socialites in both New York and Philadelphia loved the music performed by Lanin and his bands.

Lanin was asked to perform at an event for Barbara Hutton in 1930. He became a huge success due to the amount of publicity received for the event. He traveled all over the world to play for royalty and dignitaries.

During Eisenhower's term as President, Lanin began to play at the White House inaugural ball. He received an invitation every year after that to lead the music at the ball until President Carter's term.

He performed at the Waldorf Astoria Hotel during the 1930s, and for celebrities such as Frank Zappa and Billy Joel.

Lanin had the same manager for most of his career. His name was Al Madison, and he was a music promoter.

Lanin played well into the 1990s. He often played at the International Debutante Ball with his orchestra, held at the Waldorf-Astoria in New York. His band continues to perform at the event.

Lanin recorded many albums, mostly for Epic Records. His recordings include, Have Band, Will Travel (1958), High Society Volume II (1961), and Narrowing the Generation Gap (1969).