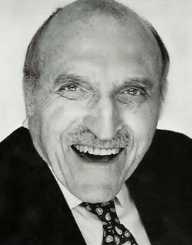 Leonard King Lesser was born on December 3, 1922, to his parents. His mother’s name was Rebecca Lillian Winterman, and his father was a Jewish immigrant from Poland who worked as a grocer named Charles Bernard Lesser. He is known for his acting ability.

Len Lesser as he was called by his acting peers graduated early from highschool at the age of 15. At the age of 16, he started acting at the Juvenile Community Center House. Following his graduation, he attended City College of New York and received his bachelors in economics and government from the school in 1942.  He was only 19 years old. Soon after he enlisted in the army due to the fact that Pearl Harbor was attacked. He enlisted the day after it happened. Although unable to attend officer’s school due to his personal health conditions, he did serve as an enlisted man in China Burma India Theatre. He was in active service for four years, moving up in rank to sergeant.  Upon his discharge from the service, he returned to Boston to live with his family. He didn’t stay with his family long, however.

Soon after that he left Boston and moved to New York in hopes that he could begin a career in acting. He was taking acting lessons at the American Theatre Wing which helped him out. He landed various small acting gigs while in New York City including work at the New York City Center Opera Company.  But his sights were set on obtaining acting lessons and being noticed by those who mattered. As is with most actors he tried to get into the Actors Studio which was run by the time Lee Strasberg but was told that he didn’t make the cut.  Since he didn’t get in he left and moved to Los Angeles to pursue an acting career.

He was active for 41 plus years in the career of an actor on stage, in film and on the small television screen.  He started working in Los Angeles getting small acting parts with major name actors at the time in 1954 and past.  But nothing really gave him fame until he auditioned for the role Seinfeld made him famous for.  Although he thought his acting wasn’t good enough to get the part, it was. And he played on Seinfeld for the nine years prior to the series ending.  His time in the series ran from 1991-1998. Following the end of Seinfeld, he again acted small parts in various venues including the stage. But he got another part on a small television show that he was also known for, Everybody Loves Raymond.

While in Los Angeles he met and married his wife Janice Burrell in 1954. Although the marriage ended in divorce in 1982 they had two children from this union, a son and a daughter. The son’s name is David Lesser and the daughter’s name is Michele Lesser. David is married to his daughter-in-law Julie Lesser. David and Julie have three grandchildren and their names are Jonathan, Kayla, and Mayah.

Len Lesser died on February 16, 2011, from cancer-related complications. His co-stars knew when he left that he was sick. He had cancer for two years prior to it taking his life. It was the reason that he stopped acting.  However upon his death, many mourned his passing. He leaves behind him a rather large amount of television, film and stage-acting credits. He was seen in films such as Please Don’t Eat the Daisies alongside Doris Day.  Although he received no film credit he did enjoy the film. He was also seen in McHale’s Navy Joins the Air Force.

He also acted in Bonanza, Kelly’s Heroes, The Death Wish, and Outlaw Josey Wales, just to name a few. In total his acting credits are for 191 acknowledged films, TV shows, and stage performances. But also note that there are many that he is not credited for-Please Don’t Eat the Daisies is one of them. Despite his looking short on the screen it says that he was 6 ft. 1 in his IMDB history. I think that may be a mistake.  He also acted in 10 televisions commercials.

Len Lesser has left us with his face emblazoned on our screens for us to watch well into the night and he also makes us laugh.  Some trivia for fans of his-he was a Detroit Tigers fan.