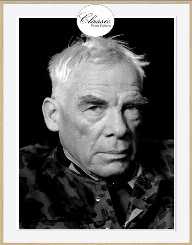 Lee Marvin acted in films and participated in T.V programmes for several years. He is an American national. He died at the age of 63.

Lee Marvin was born to the couple, Lamont Waltman Marvin and Courtenay Washington. His father was an officer in a circulation company, and, mother, style writer, and beautician. They belong to a wealthy family.

Lee Marvin enrolled in many schools in Florida but had to discontinue his education for various reasons.

Lee Marvin joined the Navy in 1942. He was injured in the fight during World War 2. He was terminated on medical grounds. He was awarded for his gallantry. Marvin returned to Woodstock to find employment. He accepted the job of a plumber. During his stint as a plumber, he had to repair at an acting company. Marvin replaced an ailing actor. This opportunity was a turning point in his life. He took advantage of the opportunity well to suit his career as an actor. His first action was in Billy Budd.

Lee Marvin relocated to Hollywood in 1952. He was assigned small roles in war films. He helped the drama crew in works related costumes, use of weapons, projecting army programmes. Marvin acted in his first film You’re in the Navy Now in 1951. He had many chances to act in films during 1952 such as Silver Creek, Hangman’s Knot, war drama Eight Iron Men and many other movies. Marvin than began acting in significant roles in films such as in Attack (1956). Marvin appeared as Chicago cop in the Television Series, M Squad.

Lee Marvin accepted important characters in secondary positions in films The Comancheros (1961), The Man Who Shot Liberty Valance (1962). He became famous. Marvin was awarded the National Board of Review Award for male actors, for his acting in Ship of Fools in 1965.

His acting in Western Cat Ballou won the Academy Award for Best Actor in 1965. Also, Best Actor Award at the 15th Berlin International Film Festival. The 1966 film, The Professionals, was a big success. In this film, he acted as a group leader of soldiers. He then filmed in World War II classic, The Dirty Dozen in 1967. This film was a success. He continued acting in several films.

The Big D Red One (1980) was a war combat film. He played a significant role in this film. He has played in a few movies during the year. The last film in which he acted was The Delta Force in 1986.

Lee Marvin had political connections with Democrat party. He campaigned for 1960 in the presidential election.

Marvin married Betty Ebeling in1951 and separated in 1967. He fathered four children, one son, and three daughters; Christopher (son), and Courtenay, Cynthia, and Claudia(daughters). He married Pamela Feeley in 1970 and stayed with her till his death.

He stayed with his father during his illness in 1970.

Marvin had a girlfriend, Michelle Triola, from 1965 to 1970. The friendship did not materialise in marriage. Marvin paid her financial compensation.

Lee Marvin has bagged many awards: