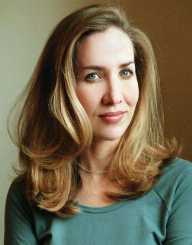 Laura Hillenbrand is one of the most prolific authors of the modern day. She was born on 15th May 1967. Looking at her work, she has traversed the expectation of many people. Some of her books, Seabiscuit: An American Legend produced in 2001 and Unbroken: A World War II Story of Survival, Resilience, and Redemption produced in 2010 got a massive sale of 13 million copies.

Both her masterpieces were adapted into movies. In addition, she has also made a mark in the writing world by coming up with a new writing style. Hers is one that pushes away the verbal brilliance and gives value to the story.

Laura Hillenbrand was born on 15th May 1967 in Fairfax, Virginia. She is the youngest daughter among the four children born to Bernard Francis Hillenbrand and Elizabeth Marie Dwyer. She grew up on a farm and spent most of her childhood riding horses. In addition, to her bareback horse riding, she developed a keen interest in books and spent half of her time buried in them. Sometimes, after leaving home and joining college, she became sick from chronic fatigue syndrome. Moreover, the disease hit hard, and as a result, she dropped out of college and is still managing it to date.

Laura Hillenbrand took the publishing industry by surprise with her first book Seabiscuit: An American Legend, which was a success from the letter go. The book earned an award in 2001 called the William Hill Sports Book of the Year. However, she previously had decided to write the story through an essay and got it published as Four Good Legs Between Us.

Following the excellent feedback from her readers, she decided to write the full story into a book. The year 2003, saw the adaptation of her book into an award-winning movie. She, therefore, took some time off and then came back with another marvel, Unbroken: A World War II Story of Survival, Resilience, and Redemption printed in 2010. In addition, the story captured the life of the Great War soldier Louis Zamperini. The movie Unbroken (2014.) is an adaptation of her book that went into production in 2010

Laura Hillenbrand has made her mark as one of the best-selling novelists of the modern times since both her books have sold more than 13 million copies each since production. The New Yorker, American Heritage, and Equus magazine are some of the magazines that have had the opportunity to run some of her essays.

The year 2006 saw the union in holy matrimony between Laura Hillenbrand and her sweetheart Prof. Borden Flanagan. Unluckily, the year 2014 saw their separation after being together as a married couple for eight years. Their relationship, however, had been steady for more than 20 years. They met while still in high school.

Sometime in 2015, Laura decided to make a trip with her new boyfriend to Oregon by road for the first time in many years of living in Washington DC. The trip took a toll on her health and saw her confined to Oregon where she is currently residing.