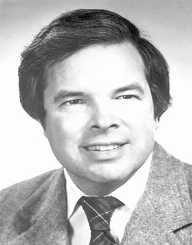 Kenneth G. Wilson was born on June 8, 1936, in Massachusetts, USA. His parents were Emily Buckingham and E. Bright Wilson Jr.

As a youth, Kenneth G. Wilson attended several schools. Some of the schools he attended were Shady Hill School, Magdalen College School, and the George School (where he graduated from). After completing high school, in 1952, Wilson went on to enroll at Harvard University. Here, he earned a bachelor's degree.

After graduating from Harvard, Kenneth G. Wilson went on to study at the California Institute of Technology (Caltech). While there, he took several classes, learned how to use one of the earliest computers, and worked in the Kellogg Laboratory. Near the end of his studies, he began working on his thesis. During the middle of his thesis, he went back to Harvard but returned to Caltech before he finished his thesis. Soon after, he finished his thesis and earned his Ph.D.

One of Wilson’s first professional jobs was working for the European Organization for Nuclear Research (CERN). However, he only stayed in this position for one year, until 1963. He then went on to work as a Ford Foundation Fellow for a few months.

Later on, still in 1963, Kenneth G. Wilson got a teaching job at Cornell University. Here, he worked as an assistant professor at first. While working here, he also continued to research. One of his main topics of study was in particle theory. He wrote several papers on the subject. Throughout the next couple of years, he was often promoted. By 1971, he had been promoted twice and was now in the position of full professor. In 1974, he was promoted again, this time to the position of the James A Weeks Professor.

In the 1970’s, while still working at Cornell University, Wilson spent much of his time working with other groups as well. During this decade he worked at the Stanford Linear Accelerator Center (1969-1970), at the Institutes for Advanced Study at Princeton University (1972), at Caltech (1976), and at the IBM Zurich Laboratory (1979-1980).

Throughout the 1980’s, Kenneth G. Wilson continued to work at Cornell University, for the most part. In 1987, he left the university and began working at Ohio State University in the same year. While here, he continued his research. He also helped to found the Physics Education Research Group.

Throughout all of Wilson’s research over his long career, he made several important discoveries and wrote many papers on what he learned. One of the major contributions he made was that of the Theory of Scaling. This theory states that the forces and properties vary based on what scale they are being measured on.

All of Wilson’s awards are due to his outstanding achievement in the sciences. Some of his most prestigious awards are listed below.

Kenneth G. Wilson died on June 15, 2013, in Saco, Maine, USA. His cause of death was complications due to lymphoma. He was 77 years old when he passed away.