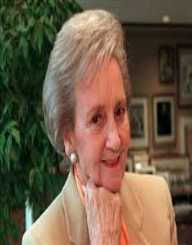 Katharine Meyer Graham was born on June 16, 1917, in New York City. She was an American publisher notably known for publishing of ‘The Washington Post.’ The newspaper became prominent especially when she posted about the Pentagon papers and exposed the Watergate scandal which led President Richard Nixon to submit his resignation.

She became one of the world’s most powerful women of her times. She also led a successful business as CEO of a Fortune 500 Company. In 1998 she received a Pulitzer Prize for her Memoir entitled ‘Personal History’ published in 1997.

Katharine Meyer Graham was born on June 16, 1917, to Eugene Meyer and Agnes Elizabeth. She was born in New York City into a well-off family of five children. She was mostly raised by nannies and tutors as her parents made frequent social and business trips. She attended The Madeira School as a child and later joined Vassar College. She transferred to the University of Chicago where she gained interest in matters related to labor and formed acquaintances with people from all walks of life in Chicago.

After completing her studies, she found a job at a San Francisco newspaper where she worked for a short time. At San Francisco newspaper she was able to cover a strike that involved wharf workers among other trending issues. In 1938, she started working for the Post in Washington DC where she also met Will Lang Jr. with whom she began a romantic relationship that was short-lived.

Katharine Graham was officially appointed the president of the Washington Post Company on September 20, 1963, after her husband committed suicide. She became the official publisher of the post in 1969 and held the position until 1979 before becoming the chairperson of the board in 1973.

In 1972, she became the first female CEO of the Fortune 500 Company and was also the only woman then to hold such an elevated position in a publishing entity. Although she met a couple of challenges in handling her male counterparts who had no confidence in her leadership, she was able to fight for gender equality within the company.

Katharine Graham employed Benjamin Bradlee who served as editor for the company, and Warren Buffett became the financial adviser. With support from Bradlee, the Post played a more crucial role in exposing the Watergate scandal that made President Richard Nixon resign. With the help of two of her reporters Bob Woodward and Carl Bernstein, she was able to dig deep into the story which linked President Nixon to the scandal. However, her company and reporters were at risk of exposing the corruption experienced at Watergate but with the help of tapes that were recorded Nixon was found guilty thus bringing relief to her.

Katharine Graham was the ostensible honoree of the Truman Capote’s of Black and White Ball in 1966. In 1973 she was awarded the Elijah Parish Lovejoy Award together with an honorary Doctor of Laws degree from Colby College. She received the Walter Cronkite Award for Excellence in Journalism in 1987 and the Freedom Medal in 1997. In 2002, she was inducted into the National Women’s Hall of Fame.

Katharine Graham was married to Philip Graham who worked as Supreme Court clerk on June 5, 1940. The couple had four children namely Elizabeth born in 1943, Don, William and Stephen who were born in 1945, 1948 and 1952 respectively. Philip went through a period of depression in 1957 and resorted to heavy drinking. Katharine found out about his affair in 1962 and Philip filed for a divorce.

In August 1963, her husband committed suicide by shooting himself in the family farm. On July 14, 2001, she was involved in an accident when she tripped and fell hitting her head in Sun Valley, Idaho. She died days later on July 17, 2001, at the age of eighty four.